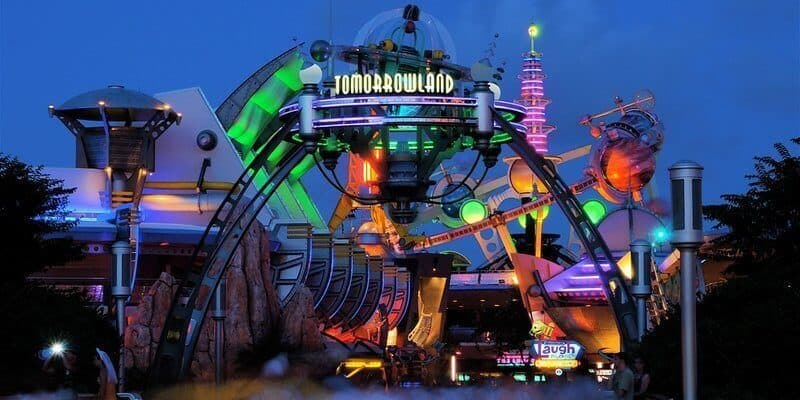 There are new rumors circling that Walt Disney World’s Tomorrowland at the Magic Kingdom will finally get the updates it needs, and it includes the updates that go beyond the addition of the TRON Lightcycle Power Run roller coaster.

While Disney’s TRON coaster is expected to be completed by late 2020 or early 2021, rumors reported by the Orlando Weekly from an insider suggest that more updates are on the way and we can see Tomorrowland under some level of construction well into the 2020s.

Here are the top three rumors we hope turn out to be true. Keep in mind that none of these have been confirmed by Disney — this article is merely speculation and hopes for the future of Tomorrowland. We will share any news regarding Tomorrowland as soon as Disney officially announces it.

Yes, rumor has it Disney World’s iconic Space Mountain will get a multi-year refurbishment after Walt Disney World’s 50th Anniversary Celebration. The closure is rumored to begin either in late 2022 or early 2023–after the year-long 50th Anniversary Celebration–and remain closed until the middle of the decade. The refurb is currently rumored to feature in-car audio, upgraded special effects, and a plethora of safety improvements.

Hopefully, after 2025 we will be saying jokes like “Some of y’all never had to risk decapitation on Space Mountain, and it really shows.” 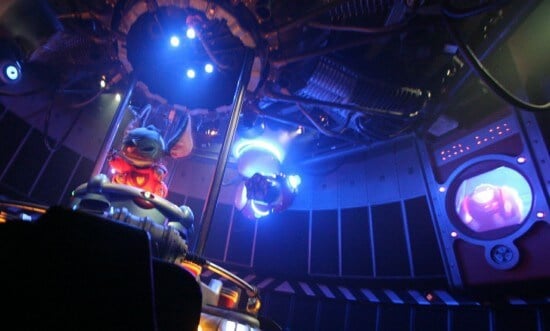 Stitch’s Great Escape could finally close. This thrilling attraction was an IP rescue mission to save Disney World’s struggling–and honestly inappropriately placed–attraction Extra-Terror-estrial Encounter. There is no word yet on what will take its place or if the attraction will resume more normal operating hours. But we would be glad to finally see it go and we are hopeful that the next attraction will be a hit.

Yes, the Magic Kingdom’s Tomorrowland will continue to undergo a subtle redesign. It will continue to revert back to its original mid-century space-age styling and slowly cycle out the aesthetic added back in 1994, something that we have noticed lately as the Purple Wall and Tomorrowland entrance sign have gotten tune-ups.

Major improvements began with the main signage, and it has since been a slow evolution with paint and small props. We are hoping major styling refurbishments are on the way, especially for Cosmic Rays. Not only does it need to be bigger, but Sonny Eclipse could do with some R&R and a new setlist.

Other hopes and dreams for Tomorrowland

Of course there are some other hopes and dreams we have for Tomorrowland that the rumors don’t necessarily cover. These include a proper refurbishment and upgrade for the Carousel of Progress, the Tomorrowland Speedway, . Buzz Lightyear Space Ranger Spin could use some love too. But there’s good reason to believe that after TRON coaster is complete, all of our favorite Tomorrowland attractions will receive their love in due time.

Related: Animatronic’s Hand Falls Off Mid-Show at Carousel of Progress at Disney World

Book Your Next Trip to Tomorrowland

Craving a visit to Tomorrowland or any other themed land and theme park in Walt Disney World? Our friends at Academy Travel can help. Backed with years of experience, and award-winning customer service, they know what it takes to craft the best Walt Disney World Vacation for your family and your budget. Click here to learn more and receive your free, no-obligation quote today.

Do you think that Tomorrowland will get a major refurbishment soon? Which Tomorrowland attraction would you like to see refurbished or even replaced? Let us know in the comments!