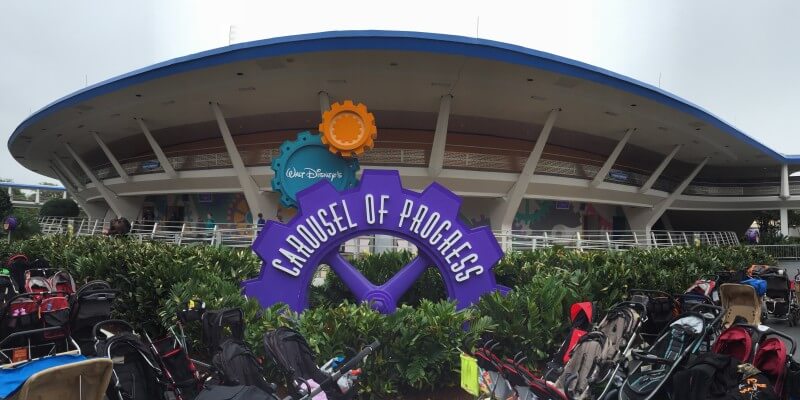 “John’s hand fell off during our show.” –Reddit User

Walt Disney’s Carousel of Progress is an iconic stage show that features an entirely animatronic cast. The show prides itself on being one of the longest-running stage shows in America, but it might be time for the cast to take a break and some refurbishment. They’re literally falling apart!

Today, a Reddit user Colts McGee visited the Magic Kingdom at Walt Disney World today and decided to watch the Carousel of Progress. Well, our main character and narrator, John, had a major “wardrobe malfunction” sitting with his faithful dog Rover.

The Reddit user shared this photo with the simple caption: “John’s hand fell off during our show.”

There is still no word on why John’s hand suddenly flew off or if the incident caused the scene to stop in order for Cast Members to mend it. Considering the age of the attraction, it can’t come as a big surprise. The Carousel of Progress has been a Walt Disney World staple along with Space Mountain for 45 years, and there are no signs one of the original attractions Walt built with his Imagineers is going away any time soon. “Just as the song goes, it’s a great big beautiful tomorrow,” and apparently it’s just a repair away.

This is also not the first time Walt Disney’s Carousel of Progress has made unusual headlines. In December, a guest in the audience decided to jump up on the stage and join in the show. You can watch that video here.

Walt Disney’s Carousel of Progress was created for the 1964 World’s Fair in New York and was one of three attractions to be added to Disneyland afterwards. The other two were Great Moments with Mr. Lincoln, and “It’s a Small World.”

It was set on a carousel theater that showcased several scenes throughout American history to exemplify how far we’ve come. From gas lamps to electric lights, from suburban homes to a place in progress city, guests watch a family go through the 20th century together but somehow still end up burning the Christmas Turkey.

The Carousel of Progress stayed at Disneyland through the 1960s until the opening of Walt Disney World in Orlando, Florida. It was then moved to its current home in Tomorrowland of the Magic Kingdom and is immortalized by its theme song written by Robert and Richard Sherman: “It’s a great big beautiful tomorrow shining at the end of every day/ It’s a great big beautiful tomorrow and tomorrow is just a dream away.”

Are you surprised the Carousel of Progress suffered such an embarrassment? Are you a fan of the show? Let us know in the comments!