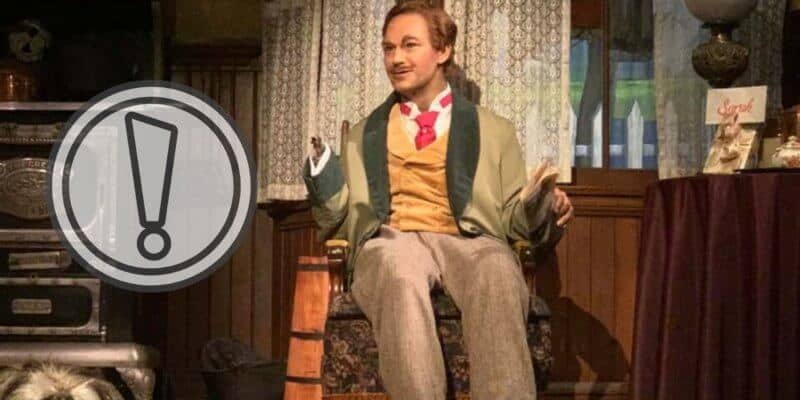 Have you ever heard of Murphy’s Law? It’s the notion that whatever can go wrong, will go wrong. Well, if there was ever a Disney World attraction that could prove this law of nature true, it’s Walt Disney’s Carousel of Progress.

Don’t get me wrong, Carousel of Progress is by far my favorite Disney attraction, but after being constructed for the World’s Fair in 1964, spending 11 years at Disneyland Park, and moving to Magic Kingdom at Disney World in 1975, it seems that the long-running attraction is definitely not without flaws. This past year, the Carousel of Progress has been like a hilarious (in many cases, at least) reality show where every few weeks, another thing goes wrong.

Today we are going to take a look at what we at Inside the Magic have coined Disney’s Carousel of Problems.

When John joined Fall Out Boy

This summer I missed possibly the best thing that could ever happen on Carousel of Progress. Thanks to Orlando area reporter Ashley Carter (@AshleyLCarter1 on Twitter) we got to see animatronic John malfunction and begin head-banging, all while waving a Niagara Falls fan in the air. Then, the magic of Instagram happened.

When posting a story, you can overlay it with a song, and it seems like Fall Out Boy’s “Thanks for the Memories” was the perfect fit. Watch below and discover how wholesome family man John is probably the biggest metal-head animatronic you know — or, perhaps, the only metal-hand animatronic you know.

Can anyone give John a hand?

Poor John, he may be the Carousel Of Progress’s lead character and he seems to also be his own stunt double at times. Earlier this year, before Disney World closed due to the pandemic, John seemed to skip straight to a Halloween overlay of Carousel of Progress where his hand fell off right in front of Rover.

Even all these months later, we still don’t exactly know what went wrong to have John’s hand fall off during the show. That being said, I have since seen photos of others who have seen John’s hands fall off in many sections of this attraction.

Considering he can’t even cook a turkey with a voice-activated oven, I would have to say that it just seems John really isn’t a handyman.

Guests cause the ride to halt

Recently, Inside the Magic was at Magic Kingdom riding the Carousel of Progress. During the first act of the attraction, the ride suddenly stopped and a Cast Member came on the speakers letting us know a Guest removed their mask and that the ride would not continue until it was back on.

The ride was up and running within seconds, but it was the first time we experienced an attraction fully stopping due to a rider removing their mask.

How can we forget when a Guest tried to take away my title of Carousel of Progress’s biggest fan by getting up on stage with John and Rover? To be fair, this happened in 2019, but it was December 2019 so we may as well include it in our Carousel of Problems collection.

We never truly found out why exactly the Guest climbed up on stage, although others in the audience that day thought the Guest may have been under the influence.

While Walt Disney’s Carousel of Progress might not always be cruising down easy street, it truly is one of the most special rides at Magic Kingdom, no matter how many hands we need to sweep up. If you are a Disney fan, it is one of just a handful of current Walt Disney World attractions that has a direct tie to Walt himself — and if you are a tired dad who has been pushing a stroller around on a hot July weekend, then this is your air-conditioned, no wait, cushioned-seat heaven.

Even if our favorite American family needs an oil change every now and again, there’s one thing that will never go wrong, and that’s that we are reminded there is always a great big beautiful tomorrow — and if 2020 needed one reminder, it sure is that!

Do you think Walt Disney’s Carousel of Progress is an essential attraction to Magic Kingdom?