Honest Review: 3 Things Missing the Magic at Disney World - Inside the Magic 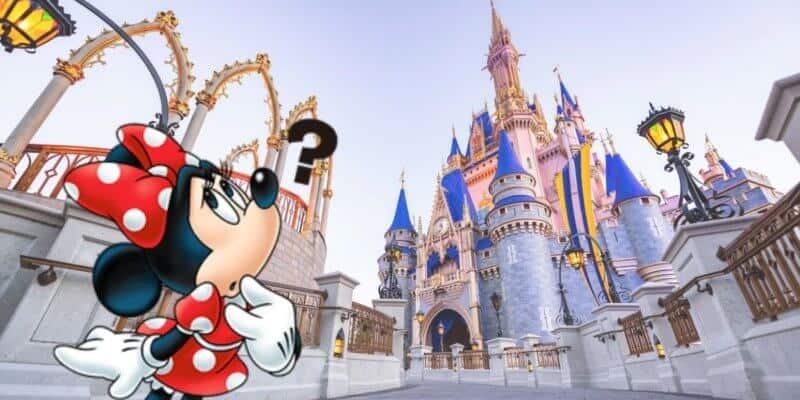 Walt Disney World reopened its Orlando theme park gates to Guests back in mid-July after a four-month temporary closure due to the pandemic. However, things looked a bit different at the Disney Parks than they did prior to closing.

Along with the theme park reopening, we saw a variety of changes and protocols implemented in order to keep Guests and Cast Members safe during the pandemic, including social distancing protocols, enhanced hand sanitizing stations, the requirement of a proper face covering, the encouragement of mobile order and cashless payments, the suspension of live shows, parades, and fireworks, and more.

Want to book a trip to Walt Disney World? You can get started here!

The Buses Have Even Longer Wait Times

Prior to the pandemic, it’s no secret that Disney World buses had extensive lines at times to go to the theme parks or Disney Springs. Before the virus broke out, it seemed that Disney World would pack as many bodies into the bus as possible in order to help alleviate some of those wait times and get Guests to the theme parks efficiently and quickly.

However, now that new safety protocols must be put into place to keep Guests and Cast Members healthy during this unprecedented time, waiting for a Disney Parks bus can be more frustrating.

Disney has implemented safety barriers on the buses as well as numbers on the seats (seen in the photo below) so that the bus drivers can assign seats to those waiting for a bus. This allows Guests to sit with their own parties and not have to sit next to strangers while they are on their way to the theme park. But because of this, the buses can only fit so many people inside at a time, meaning that those waiting for a bus could be waiting even longer than they anticipated.

On my most recent trip to Walt Disney World Resort, I stayed at Disney’s Caribbean Beach Resort, which has multiple bus stops for Guests to choose from depending on which section of the Resort they are staying at. One morning we were trying to go to Wilderness Lodge for breakfast, and so we were waiting for a Magic Kingdom bus. However, we were at one of the last bus stops. We sat there for nearly 30 minutes, without seeing a single Magic Kingdom bus.

Eventually, we saw one finally approaching, but it just went right past us as it was probably already filled from the bus stops prior to us. After waiting another 25 minutes, we decided to hop on the Skyliner to Disney’s Hollywood Studios and take a bus to Wilderness Lodge from there.

Therefore, taking a Disney Parks bus can be a bit more tricky when trying to plan out transportation to and from the theme parks than it was prior to the pandemic, making it unmagical. We recommend planning for transportation to take a while if you are visiting Disney World during the pandemic — it’s best to allot for more time to get from point A to point B so you are not worried about whether you will miss out on any of your plans.

Due to the current pandemic, Disney has suspended the preshows within certain attractions. This is so people are not standing within a confined space with other parties for a prolonged period of time. This means no more stretching room at Haunted Mansion, no more rehearsal show at Rock ‘n’ Rollercoaster, and no more preshow cartoon at Mickey and Minnie’s Runaway Railway. Instead, Guests are able to just simply walk through the preshow rooms while in the queue so that they are constantly moving while in line for an attraction.

While I completely understand why Disney must suspend the preshows during this unprecedented time, what I find to be upsetting about this is that the preshows are part of the attraction. These shows are meant to set the mood for Guests prior to actually boarding the ride. Additionally, many of the preshows explain certain aspects of the ride and what the objective is for Guests prior to entering the loading stations.

For example, during the preshow for Mickey and Minnie’s Runaway Railway, Guests watch the cartoon in which something goes terribly wrong and Goofy ends up exposing the movie screen. This sets the mood for Guests and explains why instead of simply watching the cartoon, Guests get to actually step into it.

And over at Avatar Flight of Passage, Guests used to experience two preshows prior to boarding, which explained the Navi, the Banshees, and the backstory of Pandora. Again, not only did this help those who were riding for the first time understand what the attraction was about, but also it really helped set the mood for all passengers, even those who have been on the attraction time and time again.

Personally, I understand why Disney had to temporarily suspend preshows; I just miss the magic they used to provide.

In order to help alleviate lines and control crowds, Disney is strongly encouraging Mobile Ordering via the My Disney Experience app. In fact, they really don’t give Guests any other option for quick service meals (unless you truly don’t own a SmartPhone).

Though I do like Mobile Ordering via the app, I do find certain aspects to be a bit unmagical. First, the app, like most technology, can glitch from time to time, making it very difficult to place a mobile order. Secondly, if you were ordering face to face, Guests could ask the Cast Member behind the counter to customize their food orders; however, with the app not having all options, it can be difficult to ask for special requests.

Overall, as I mentioned previously, I am very grateful to see Walt Disney World Resort operating safely during such an unprecedented time, keeping Guests and Cast Members safe so they can still enjoy the magic of the theme parks. The Disney Parks are still trying to bring magic in any way they can, such as having the pop-up cavalcades at Magic Kingdom, EPCOT, Disney’s Animal Kingdom and Disney’s Hollywood Studios, having Disney characters make appearances at Resorts across property and throughout the theme parks, and so much more. However, there are just a few things that I really miss about the Disney Parks, and I cannot wait to see them return when the time is right.

As always, Guests should be aware of the current risks when visiting the theme parks and other public places, as the pandemic is still ongoing. You can do your part by wearing a proper face covering, washing your hands as often as possible, covering your nose and mouth when coughing, keeping a safe social distance from others, and staying aware of your surroundings and theme park protocol.

Do you need help planning your next trip to Walt Disney World? Get started here!

Do you miss anything about the Disney Parks? Was anything missing from your last visit, or are the current restrictions keeping you from booking a trip? Let us know in the comments below.
Editor’s Note: The opinions stated in this article do not necessarily reflect those of Inside the Magic overall.