When Disneyland Reopens, Who Should 'Open Up the Gates'? - Inside the Magic 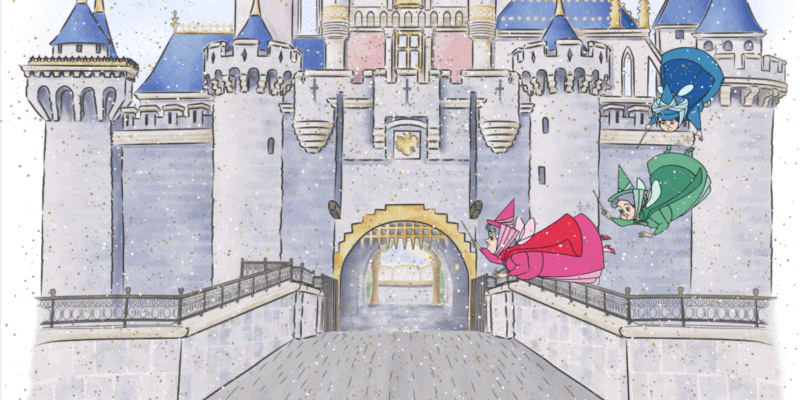 For the past eight months, actually, Disneyland fans have felt a lot like Anna did before she sang First Time in Forever — sad, lonely, and a little neglected.

Our theme parks are both closed, we have no real idea when they will fully reopen, and the constant tension between Governor Gavin Newsom’s office and Disney Parks executives has, quite frankly, left us feeling a bit less-than-pixie-dusted.

Fortunately, like Walt Disney once said, we know “there’s a great big, beautiful tomorrow” looming (someday) so we thought it was about time to consider how Disneyland’s re-opening day should begin — and, perhaps even more importantly, which iconic Disney character should officially “tell the guards to open up the gates!”

After Disneyland Park and Disney California Adventure Park had been closed for a few months, fans online starting talking about the possibility of Anna and Elsa reopening the gates to pay homage to the popular First Time in Forever lyric we already referenced.

With the sheer popularity of Frozen, Frozen 2, and the entire Frozen franchise, this is both a quippy and of-the-moment option for Disney Parks officials.

There’s no doubt that Anna and Elsa know how to bring the magic — magic has, after all, quite literally gotten them into more than a few life-or-death adventures — and, they just might bring Olaf along to join in the fun on reopening day!

We could even see Josh Gad making a special appearance…

There are few things this writer loves more than a historical Disney reference. As a proud “Walt nerd,” I love any and all things about original Walt Disney Animation Studios projects.

So, when I saw the following Reddit post, I was — and remain — 100% sold on the idea of the Sleeping Beauty fairies, Flora, Fauna, and Merryweather, being the characters who get to officially reopen the gates of Disneyland Park:

There is a resonance between the sleeping kingdom of Sleeping Beauty and Disneyland in the Pandemic. Like Aurora, Disneyland will reopen some day (though my analogy suffers somewhat in reality- No prince can battle a virus, and our real life ‘magic’ is more likely to be a vaccine than a non-social distanced kiss), and the castle will come back to life- Who better to do it than the three custodians of the original castle? Some day we will all awake from this nightmare, we will have jobs again, classes again, lives again, and a little touch of symbolism to assist the renewal will na [sic] do us any harm.

If reading this doesn’t give you goosebumps, are you even a Disney fan? I kid, but the notion of Princess Aurora’s caretakers reopening the gates of the very first Disney theme park — which just happens to house Sleeping Beauty Castle — is too poetic to be ignored.
The COVID-19 outbreak has been nightmarish, just like Aurora’s coma was for all those who loved her, but that makes reopening (or reawakening, in the Princess’s case) that much sweeter.
Close your eyes if you will, and imagine walking through Disneyland’s gates for the first time since March and hearing “Once Upon a Dream” on Main Street, U.S.A. as you walk toward Walt’s original castle…

The original purveyor of pixie dust, Tink would be an iconic option to reopen Disneyland’s locked gates. The fairy, with her spunk and eternally positive attitude, holds a special place in the hearts of Disney fans around the world.

If Disney Parks officials are looking for a choice that will resonate with Disney fans of all ages, Tinker Bell fits the bill!

Classic Disney fans remember her from Peter Pan (1953), while younger girls love watching (and re-watching, in my daughter’s case!) the Tinker Bell series of movies that released from 2008-2014.

Now in her eighth decade — and looking amazing for an octogenarian —  Tink has sprinkled pixie dust on the everyday lives of generations of Disney loving families. Now, maybe it should be her turn to get to do something extra-magical!

While there’s no doubt that Mickey and Minnie will be on-hand for Disneyland Resort’s reopening ceremony, the argument could be made that they should also get to officially reopen the gates of the theme park property.

“It all started with a mouse,” after all, so in a way, Mickey and Minnie really hold the keys to the kingdom in a way no other characters do. Without them, there would be no Disneyland — and certainly no hidden Mickeys.

This is the classic choice, the timeless option that Disney fans around the world would love.

When Orange County finally reaches the COVID-19 Yellow tier or Governor Newsom amends the state’s current theme park reopening guidelines — by choice or by force — who do you want to see reopen Disneyland’s gates at rope drop?

I’ve stated my case for Flora, Fauna, and Merryweather, plus given other great options. Tell us which Disney icon you want to reopen Disneyland and Disney California Adventure in the comments!