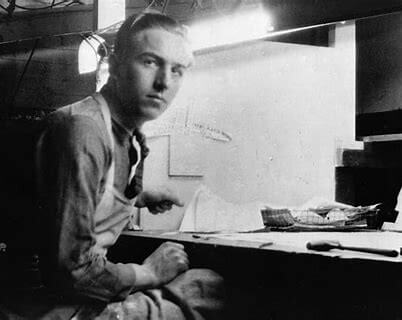 The world of animation took a giant leap into the future a century ago, and the world has never been the same since.

It’s hard for most of us to imagine a world without the influence of Walt Disney. His influence on animation, film, family entertainment, theme park culture and pop culture has directly and indirectly affected the lives of millions of people–Disney fans and non-fans alike. And it all began exactly 100 years ago.

On January 29, 1920, a thin, 18-year-old high school dropout named Walt Disney first saw an ad for a position with the Kansas City Film Ad Company. Compensation for the position was $40 per week ($500 per week if adjusted for inflation today). The company was the largest of its kind in the country at the time. He landed the job.

Walt’s responsibilities included drawing stick figures used in cartoon ads that were shown in the movie theaters just before the feature film. Disney would draw the figures, cut out the parts of the figures that were to move and then pin those parts to a board. He would then photograph them, pausing to move the pieces on the board only slightly before taking the next photo. When done repetitively and in succession, the result was animation. Although rudimentary by today’s standards (standards Walt helped to set), this repetitive work was what springboarded the creative genius into the world of animation and entertainment.

“It was simple and basic, but it gave Walt a chance to experiment with animation,” explains historian J. B. Kaufman, author of Walt Disney’s Mickey Mouse: The Ultimate History.

Kaufman says that after Walt returned from his service in World War I as a Red Cross ambulance driver in France, he had initially found work as a newspaper cartoonist, but his work with the Kansas City Film Ad Company took him in a new direction.

It was what eventually led him to Los Angeles where he opened up his own company in this building in 1923. It was there that he would work with Ub Iwerks and other legendary animators. He would also become known for his Laugh-O-Grams and his work on Alice’s Wonderland before continuing to move forward as a creative pioneer in the world of animation.

“The trick of making things move on film is what got to me,” Walt once said.

What do you think was Walt Disney’s greatest contribution to animation? Was it Mickey Mouse? Was it the animation process? Let us know in the comments section below.

Comments Off on Disney History: Walt Disney Got His Start in Animation 100 Years Ago