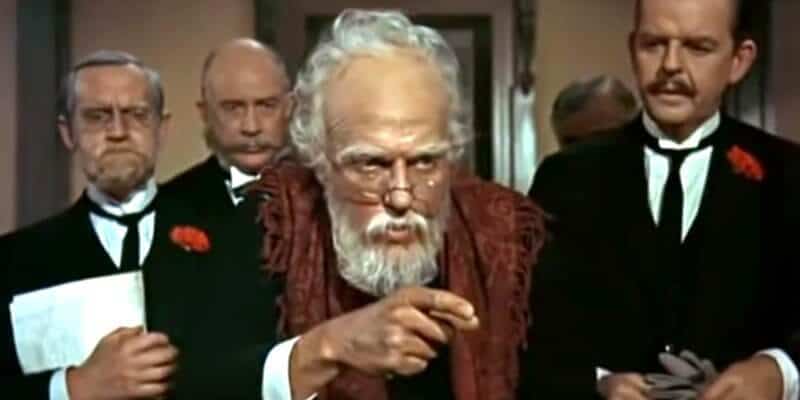 Dick Van Dyke memorably played two roles in the original “Mary Poppins” movie: the chimney sweep, Bert, and the director of Fidelity Fiduciary Bank, Mr. Dawes, Sr. During a “20/20” unique on “Mary Poppins Returns,” Van Dyke said he won the dual roles because he paid Walt Disney for the chance to do it.

In addition to playing Bert in the 1964 movie, Van Dyke also played Mr. Dawes, Sr. disguised in old-age hair and makeup. He was credited as Navckid Keyd, an anagram of Dick Van Dyke, and many fans didn’t even realize he played both parts. During the “20/20” special, which aired on ABC on Thanksgiving night, Lin-Manuel Miranda and Van Dyke discussed his sneaky cameo in the first movie. “It’s funny when you’re a kid, you don’t realize that. You don’t realize it’s you in that other part,” Miranda said. As it turns out, Van Dyke had to pay a hefty price for the role.

Fifty-four years later, Van Dyke is still eager to be part of the “Mary Poppins” universe. When Miranda asked Van Dyke about his reaction to news of a sequel, he replied, “Well, I got excited, of course. My first question was, ‘Can I be in it?'”

This time around, Van Dyke plays Mr. Dawes, Jr., his character’s son, in the first movie. As the trailer revealed, Van Dyke is still showing off his energetic dance moves at 92.

In Depression-era London, the now grown-up Banks siblings suffer a personal loss and struggle to keep their family home on Cherry Tree Lane. Just in time, Mary Poppins returns to bring a little magic back into their lives.

You can see Dick Van Dyke as Mr. Dawes, Jr. in “Mary Poppins Returns” when it arrives in theaters on December 19.