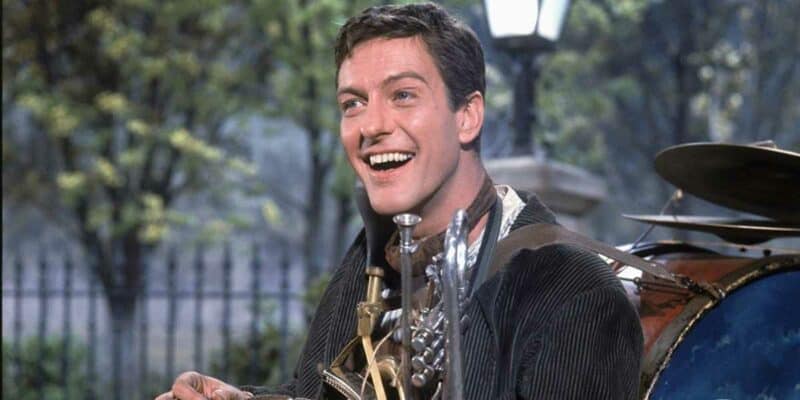 Happy Birthday to one of our very favorite Disney Legends! Richard Wayne Van Dyke, a talented actor, comedian, writer, singer, and dancer has always had the ability to wow the crowd. His talents have expanded over seven decades in the film and television industry, as well as his impressive history in theatre. Today, December 13, Dick celebrates his 96th birthday!

It’s no secret that Dick Van Dyke has a lengthy resume of experiences in his long acting career. The Dick Van Dyke Show (1961–1966) truly sent Van Dyke’s fame flying as he became a household name. As Disney fans, however, many of us think of the classic 1964 Mary Poppins film. Van Dyke played the fan-favorite chimney sweep, Bert which showcased his impressive acting skills along with his stunning voice and danceability.

Just six months ago, Van Dyke sat down with the TODAY show for an interview. TODAY shared, “Actor Dick Van Dyke, 95, sits down with TODAY’s Al Roker to reflect on his decades-long career ahead of receiving the Kennedy Center Honors. He talks about his iconic roles in “The Dick Van Dyke Show” and “Mary Poppins” and the next role he wants to play. After all, the longtime entertainer says he doesn’t think he’ll ”ever retire.” Check out the video below:

And of course, today wouldn’t be complete without a little Step In Time to brighten up the day! Check out the video below where Van Dyke makes a surprise appearance that has the crowd on their feet: