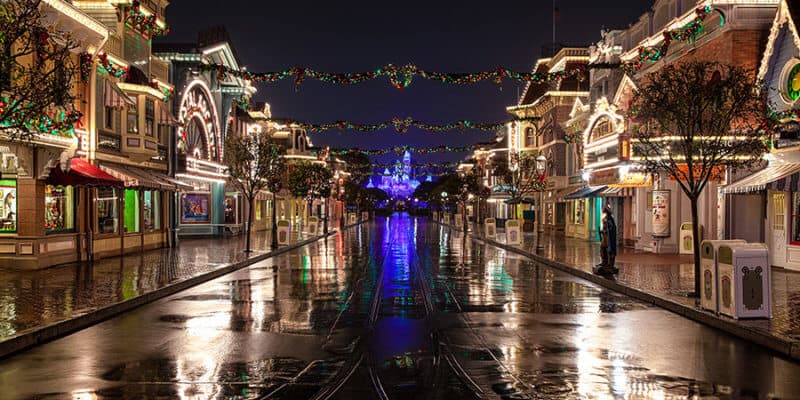 We’ve heard when Disneyland will probably reopen, based on predictions from health officials according to the state’s plan. But when could the parks reopen, in a best-case scenario?

Based on the new guidelines from California Governor Gavin Newsom’s administration, major theme parks in the state — including Disneyland and Disney California Adventure in Orange County and Universal Studios Hollywood in Los Angeles County — cannot reopen until their respective counties reach the yellow tier. The yellow tier indicates “minimal” COVID-19 cases: fewer than one new case per 100,000 residents per day, and a testing rate of under 2% a day, for the entire county.

More Details: Disneyland Can Reopen in ‘Yellow Tier’ – How Can the County Get There?

Orange County Health Care Agency Director Dr. Clayton Chau has previously stated that he believes Orange County will not reach the yellow tier until next summer. But now, he’s sharing some more information on when OC could reach the yellow tier, paving the way for Disneyland and Disney California Adventure to reopen. Note that this still isn’t when Dr. Chau or other health officials believe the SoCal Disney Parks will reopen. But if we’re being optimistic, it’s a possibility (even if a small possibility, at that).

In an email to OC Register, Dr. Chau shared some details regarding what would be a “best-case scenario” for Disneyland Resort reopening its gates. He shared that it’s possible — though unlikely — for the Disney theme park destination to reopen in time for the holidays.

Under a best-case scenario, Orange County could move from the red/substantial tier 2, through the orange/moderate tier 3 and into the yellow/minimal tier 4 on Nov. 24, according to O.C. Health Care Agency director Clayton Chau.

“It is important to note that is the best-case scenario, but is not likely,” Chau said via email. “There is no evidence that our metrics are moving substantially enough to achieve meeting the requirements in that timeframe. Orange County metrics have been quite consistent over the past month in the red tier range, but not qualifying for orange. The difference between our current metrics and the requirements for the yellow tier require a substantial decrease in disease burden, which is difficult to achieve during the best-case scenario timeframe.”

That theoretical perfect world scenario means Disneyland could reopen in time for Thanksgiving. But that assumes Disneyland can flip a switch and reopen in two days — which is unlikely to happen.

Keep in mind: nothing is guaranteed. Even Disneyland Resort President Ken Potrock and California Attractions and Parks Association Director Erin Guerrero indicated that it’s possible the theme parks could decide to take legal action against Gov. Newsom due to (what the parks believe are) “restrictive” and “unworkable” reopening guidelines. But Disney is still continuing to work with Dr. Chau and other officials who believe the parks should be allowed to reopen sooner in the orange tier, instead.

“We’re working with Dr. Chau from Orange County Health on a regular basis. He’s already come out and said that Disneyland should be able to open on Orange Tier,” the Disneyland Resort President shared. “He also is working with us to try to understand, are there benchmarks out into the marketplace that we can learn from and potentially adjust our protocols to.”

Still, Disneyland is “advocating for science.” Potrock has stated repeatedly that the company believes in looking at COVID-19 case numbers and believes in science; they just don’t think case numbers should be the only data considered when reopening theme parks. For more information on Disneyland Resort’s perspective, read our article here.

When do you think Disneyland should reopen, versus when the parks will reopen? Let us know in the comments and subscribe to our newsletter below for the latest updates.