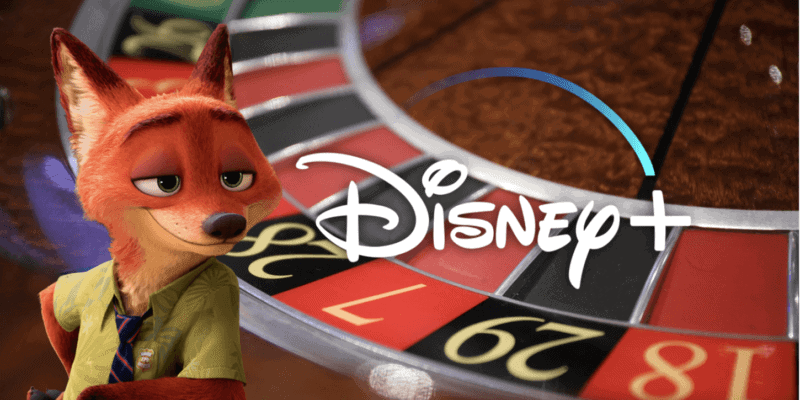 Recently, The Walt Disney Company announced a major restructure at the highest levels — instead of focusing on theatrical releases, like the corporation has done since the days of Walt and Roy Disney, they will now shift their focus to streaming.

The Disney+ streaming platform has been a bright spot amid the ongoing coronavirus pandemic. Thanks in large part to the fact that people are turning to at-home entertainment more than ever before, the service is outperforming even the most generous subscriber projections.

However, Disney’s shift to streaming is, no matter how you slice it, a gamble of sorts. Here’s how it could backfire in the long run.

The cost of the service may be unsustainable.

Even though Disney+ has been performing admirably, it is priced extremely low, which may be unsustainable over time. As Motley Fool pointed out:

The company reports it collected, on average, $4.52 per month per subscriber for Disney+ during its fourth fiscal quarter (which ended in October). That’s less than the cost of $6.99 per month cited at the Disney+ website and even less than the $5.83 per month charge when dividing the service’s full-year subscription price of $69.99 by 12 months.

Priced at under $5 per month apiece, Disney’s streaming services collectively drove sales of $16.9 billion in its recently completed year. But it still took an operating loss of $2.8 billion.

In order to increase profit — or even turn a profit, which isn’t anticipated until 2024 at this juncture — Disney may find itself feeling compelled to raise the price of the subscription service.

This could turn-off some subscribers, ultimately resulting in lower subscription rates and fewer people enjoying the Disney+ service overall.

Disney is, admittedly, poised to keep subscribers. Between the current popularity of The Mandalorian and upcoming shows like WandaVision and The Falcon and the Winter Soldier — and a host of other Marvel and Star Wars series supposedly coming down the pipeline — fans are excited about the future of Disney’s streaming content.

Cable and film could be cannibalized.

Motley Fool also pointed out these intriguing numbers about the potential for income cannibalization:

…cable television is still the company’s [Disney’s] biggest and most profitable business. For the full year ending in September of last year, media networks accounted for $24.8 billion of the company’s $69.6 billion worth of revenue and $7.5 billion of its operating income of $14.9 billion. Studio entertainment added $11.2 billion to the top line and generated $2.7 billion in operating income. This past year’s cable business produced full-year revenue of $28.4 billion and operating profits of $9.0 billion.

As previously noted, Disney’s streaming business drove sales of $16.9 billion in its recently completed year. Not bad. But with an operating loss of $2.8 billion, it’s difficult to see it replacing the level of earnings produced by the very same cable TV and film business it’s ultimately aiming to displace.

In a recent study by the Leichtman Research Group, it was determined that popular pay-TV services — such as AT&T U-Verse, Dish Network, DirecTV, and others — lost over 1.5 million subscribers in Q2 2020. This was, in large part, due to the increasing prevalence of streaming entertainment.

By focusing too much on streaming, Disney could actually lose money over what they could have made on traditional theatrical releases and cable networks, such as FX — which they acquired with 20th Century Studios — and ABC.

People still want to go to the movies.

Movie theaters offer an allure that sitting at home watching a film simply can’t compete with, no matter how much streaming services try.

If Disney begins releasing more and more movies straight to Disney+ — which has already happened with The One and Only Ivan, Mulan, and Pixar’s Soul — some of the magic of sitting in a darkened theater watching a film play on the silver screen will undoubtedly be lost.

This would be unfortunate for the company Walt Disney built and movie buffs alike.

What are your thoughts? Could Disney’s streaming focus ultimately backfire on the company?