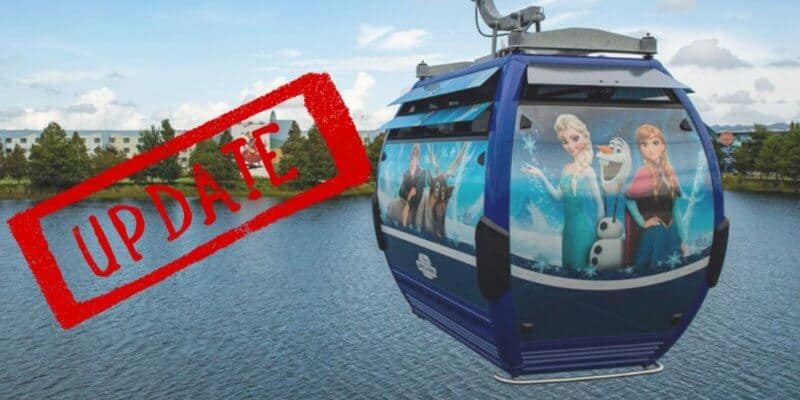 We recently reported that Walt Disney World was gearing up for its reopening by testing the Skyliner lines. But now, we have confirmation of when exactly the Disney Skyliner will be back up and operating for guests.

In case you aren’t familiar, Guests can board this complimentary mode of transportation and will glide past one-of-a-kind views of waterways, woodlands, and two Walt Disney World theme parks: Disney’s Hollywood Studios and EPCOT.

Inside the Magic decided to call Walt Disney World guest services to try and find out transportation services for when the parks reopen July 11 and July 15 and here is what we found out regarding the Disney Skyliner specifically.

Related: Aerial Photos Give Us Inside Look At Disney Skyliner During Parks Temporary Closure

The guest services representative that Inside the Magic spoke with stated that the “Skyliner should be in operation beginning on July 15”. When asked about hours, she said they will “probably same as park hours which I believe begins at 10am.”

Related: Take a Disney Skyliner “Pub Crawl” on your next Disney World trip

Magic Kingdom park and Disney’s Animal Kingdom will open the gates on July 11 while EPCOT and Disney’s Hollywood Studios plans to open on July 15. The Resorts on property also will be opening up in phases with each resort having a different reopening date.

If you are looking for more information on transportation services for when Walt Disney World Resort reopens, check out our full transportation guide here.

There will also be changes to the FastPass+ system and the PhotoPass System along with changes for previously bought tickets including refunds and exchanges.

Comments Off on Disney Skyliner Confirmed to Resume Operations Soon