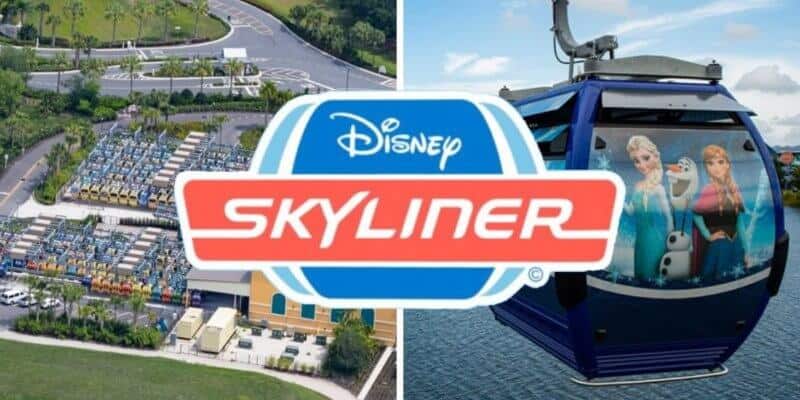 I think it’s safe to say that we are all missing the Disney Parks right about now. Although yesterday during Florida Economic Task Force, Jim MacPhee presented reopening plans of Walt Disney World, we are still anxiously waiting until we can get back to the magic.

Well, thanks to Jonathan Salazar, Professional Pilot and Photographer, we are now able to get a bird’s eye view of the latest Disney transportation system — The Disney Skyliner Gondolas.

Related: Take an Aerial Tour of Empty Walt Disney World with These Images

In the aerial photos both above and below, you will see the Disney Skyliner station located at Disney’s Caribbean Beach Resort. Here, you can see all of the gondolas lined up and hanging from the supports — all docked at the station.

In case you are not familiar with the Disney Skyliner, it is used for connecting Epcot and Disney’s Hollywood Studios with four surrounding resorts — Disney’s Art of Animation, Disney’s Pop Century, Disney’s Caribbean Beach, and Disney’s Riviera Resort.

Jim MacPhee announced during the task force meeting that Walt Disney World Resort theme parks will begin a phased reopening for Magic Kingdom and Animal Kingdom on July 11 with ECPOT and Disney’s Hollywood Studios on July 15. Cast Member previews will take place days before reopening to the public.

In the meantime, Disney Springs has officially reopened to the public on May 20. However, if you do plan on visiting Disney Springs, there are a few safety protocols that must be followed. Here are some things you may want to keep in mind before heading over:

Do you miss the Disney Parks? What will you be doing first when they reopen? Let us know in the comments.