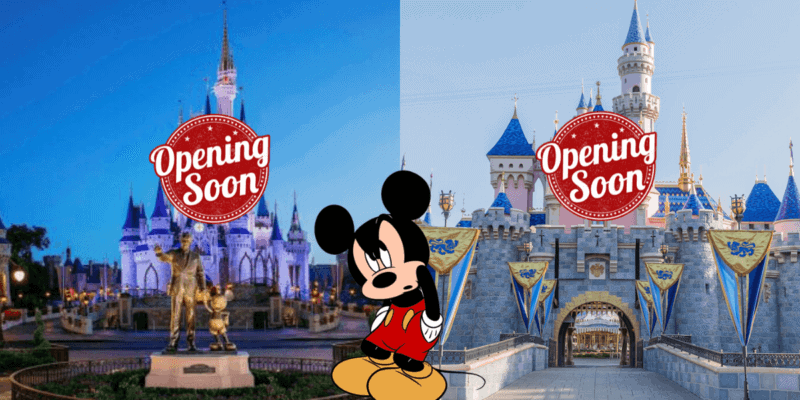 On March 14, 2020, The Walt Disney Company made an incredibly difficult and incredibly expensive decision and announced the temporary closure of both the Disneyland Resort and the Walt Disney World Resort on the same day. Two weeks later, Disney extended the closure of both resorts simultaneously, labeling both locations closed until further notice.

While Disney’s two U.S. resorts have endured the closure together, they should not face reopening the same way. Disneyland is in Anaheim, Orange County, California. Disney World is officially in both Bay Lake and Lake Buena Vista, Orange County and Oceola County, Florida. They are experiencing different levels of the pandemic and park closure situation with several Cast Members’ jobs on the line. Both parks are closed without any clear signs of reopening.

Now there is almost an expectation that both parks will reopen together as well. But if it comes down to that day where the stars align to allow Disneyland to reopen, it should not have to wait for her sister in Florida and vice versa. If Governor DeSantis and Orange County’s Commissioner gives Walt Disney World the green light to reopen, it should do so without having to wait for her sister in SoCal.

Here are three reasons why. 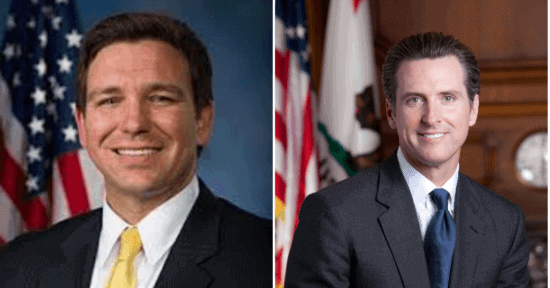 Florida and California have both experienced this pandemic differently. The two states both post different numbers of cases, hospitalizations, and deaths, and their governments at the state, and local levels are planning their own courses of action. It is very unlikely that the stars will align for both parks to be able to reopen together.

Inside the Magic learned that California Governor, Gavin Newsom, will not be allowing large gatherings anytime soon. Meanwhile, over in Florida, it seems that there is more confidence to handle large gatherings soon as well as more confidence in theme parks themselves. We reported that the mega-resorts of Walt Disney World Resort and Universal Orlando Resort will be able to develop their own sets of guidelines following the CDC’s recommendations with the blessing of Orange County Mayor Jerry L. Demings. The Mayor simply asks for a week or two’s worth notice before they reopen.

On the state level, Florida Governor, Ron DeSantis, has even gone on record praising Disney World as being ahead of the curve regarding reopening:

“It’s amazing the ideas that the businesses are already thinking about. They’ve been thinking deeply about this for weeks and weeks… there’s a lot of great ideas that I’ve already seen put on the table. I’m in discussions with places like Disney. They are so far ahead of the curve, and I think everyone wants to make sure we do it safely.”

I’m not going to try to make an argument for which location will “reach the finish line” first. But what I will say is that it is inevitable for one resort to reach its reopening point before the other. And whichever one does it, that should reopen how they can immediately. It should not have to wait for the other to catch up. It was convenient for both Disney resorts to close simultaneously, but to make one wait for the other to open would be a costly mistake for both the Walt Disney Company and its Cast Members.

2. The Cost to Wait is too Much 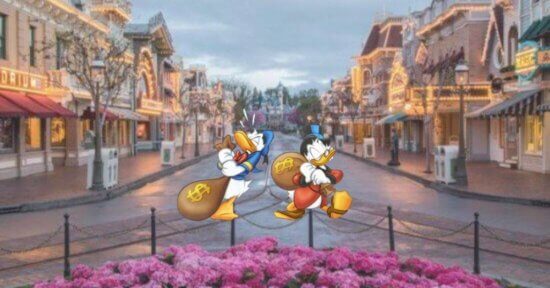 Disney needs to get its Cast Members back to work as quickly as possible. They have been stopped paying 100,000 employees, and that includes the over 30,000 Cast Members at the Disneyland Resort and over 43,000 at the Walt Disney World Resort who have been furloughed. One group hurt the most are the Walt Disney World employees who are trying to deal with Florida’s unemployment system.

But the Cast Members only make up a small chunk of the overall costs and loss in revenue. The Walt Disney Company is losing millions of dollars a day keeping all of its theme parks closed. According to a study conducted by Cal State Fullerton, “Disneyland visitors spend $2.5 billion annually on off-site hotels, restaurants and other businesses. That’s $6.9 million a day.” If those estimates are correct, that means that as of April 29, Disneyland alone has lost the Walt Disney Company and independent 3rd-party small businesses over $317 million.

It is not just the happy on-stage Cast Members we see in the theme parks either. Disney Parks and Resorts make up for over 1/3 of the Walt Disney Company’s revenue. Several executives had to take massive pay cuts. CEO Bob Chapek has cut his salary by 50% and Executive Chairman Bob Iger decided to completely forgo his entire salary. The company even went on to sell over $7 billion in debt offerings ($6 billion in the U.S. and then an additional $1.3 billion in Canada).

If a window opens for at least some of those employees to get back to work and have the parks accumulating some revenue, Disney should act upon it.

3. Magic is Magic! Disney fans will take what we can get!

This third point is mostly personal, but also true from a marketing standpoint that is backed by a plethora of fan videos posted to social media. Disney fans are ready to take what they can get. Both Disneyland and Disney World benefit greatly from local visitors, passholders, and DVC members looking for a chance to get back to the source of the magic. And even if travel restrictions continue to be enforced both resorts can get by on the local populations.

There is also the psychological benefit that will come from a Disney park reopening. Even if those travel restrictions mean Disney fans can’t get to their favorite parks, just knowing that Disney is open somewhere will boost their morale. A reopened Disney park will be a sign signaling the beginning of the end of this crisis. It will lift people’s spirits. Furloughed workers and Cast Members will gain a sense of hope and get excited about going back to work, guests will be inspired to book or rebook their trip for later dates, and even non-Disney people will catch their first glimpse of the light at the end of the tunnel.

The CEO of Southwest Airlines, Gary Kelly, even admitted that Disney World needs to reopen for people to not just travel again, but get going again in every aspect:

“I think a lot of things are going to have to happen for the country to come back to life, much less air travel. We and the federal government have a role to play in this” Kelly shared. He said that if people are going to travel again, “They need to have something to be able to do when they get there. So Disney World needs to open back up.”

Every Disney movie teaches us that everything is going to be okay in the end. Any level of reopening will send the world that same message in a way none of the movies ever could.