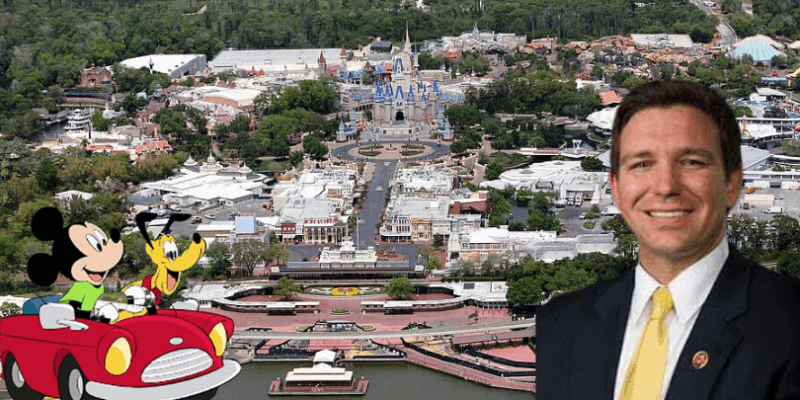 Disney World in Orlando, Florida and Disneyland in Anaheim, California has been closed for weeks — but according to Florida’s governor, we might not have to wait too much longer for the Most Magical Place on Earth to reopen the gates. This morning, Florida Governor Ron DeSantis stated that Walt Disney World Resort is “so far ahead of the curve” on reopening.

“It’s amazing the ideas that the businesses are already thinking about. They’ve been thinking deeply about this for weeks and weeks… there’s a lot of great ideas that I’ve already seen put on the table. I’m in discussions with places like Disney. They are so far ahead of the curve, and I think everyone wants to make sure we do it safely.

“And yeah, if you think about it, if you own a hotel in Miami, the last thing you want is to do a false negative and have a small outbreak in your hotel… so they are very keen on safety and I think that they’re going to be leading the way on the innovation. So we’ll have some guidelines of course, but I think some of the businesses are going to go above and beyond…”

You can watch the full video clip including DeSantis’s statement linked below:

NEW: Florida Gov. DeSantis says Disney is "so far ahead of the curve" on reopening.

He also believes Miami hotels will be "leading the way" on how to safely bring guests back. pic.twitter.com/iZl2nRFx7c

What Will Disney Parks Be Like When They Reopen?

At this time, Disney has not said for sure when the U.S. theme parks will reopen, although we have heard some indications that there will be a “new normal.”

Chairman of The Walt Disney Company Bob Iger has shared that Disney is considering health screenings and temperature checks might not be out of the question for Disney World and Disneyland guests.

And when it comes to social distancing, there’s a chance the United States Disney theme parks will want to follow the lead of Shanghai Disneyland, which has been implementing a phased reopening and different health protocol.

No matter when Disney reopens the theme parks, it’s clear that the company considers to be guest and Cast Member safety a high priority, something that DeSantis and other government leaders commend Disney for.

This is a developing story and we will continue to update Inside the Magic as more information becomes available.