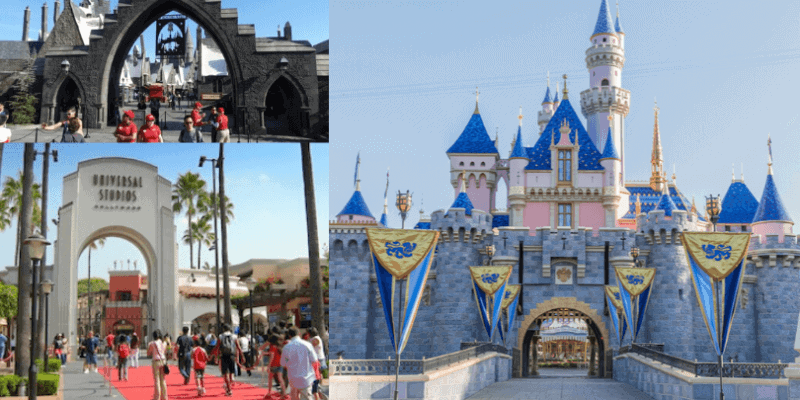 OC Register reports that the latest update from the State of California comes from Gov. Newsom and California Department of Public Health Directoy Dr. Sonia Angell. During a Tuesday livestream, Newsom and Angell laid out a four-stage roadmap for reopening California’s economy — a plan that the CA governor says is driven by science.

The plan is divided into four stages, with California currently being in Stage 1 and theme parks being reportedly encompassed by Stage 3 or 4.

According to California’s new plan, the businesses and workplaces that could open in the next stage (Stage 2, projected to be weeks away) are those that are considered “lower risk.” These include retail, manufacturing, offices, schools, and childcare facilities.

Stage 3, projected to be months away, would allow “higher risk” businesses to reopen and gatherings to take place once again: salons, gyms, theaters, religious services, weddings, and sporting events without live audiences. These can reopen and take place with limitations on size, however.

Stage 4 would require treatments for the current pandemic, which have not yet been developed or approved by the FDA. This stage would allow for concerts, live-audience sports and other large events, venues and large gatherings deemed the “highest risk.” Although Newsom did not mention Disneyland Resort or Universal Studios Hollywood by name, it has been assumed that theme parks will be falling within the Stage 4 category due to the mass amounts of people who visit them on any typical day of operation.

“This is going to be a while, but there are ways we can modify the way we move around in our environment that will make it more possible (to reopen),” said Angell regarding Stage 4.

If guidelines or adjustments are made, however, theme parks may be able to reopen within the third stage. But at this time, that has not been made certain.

What is Disney Saying?

It is important to keep in mind that Disney has not get given any updates regarding a reopening date — and Universal has said that they currently have specific timeline for reopening their parks.

We also want to note, however, that Disney is working with state governors as we speak. Executive Chairman and former CEO Bob Iger is working with CA Gov. Newsom on the task force to reopen California’s economy, and two Walt Disney World Resort officials — WDW President Josh D’Amaro and Vice President Thomas Mazloum — have each joined task forces in Florida.

Given this, as well as Iger’s position on the CA task force, it seems as though the Disney theme parks in southern California will wait to reopen until it is safe to do so, and until the state government gives its recommendation. At this time, however, Disney has’t shared much.

We will continue to update Inside the Magic with the latest updates from the Florida and California state governments, as well as any news that comes directly from Disney and Universal parks regarding reopening.

More Information: Everything Disney Has Said Regarding When and How Theme Parks Will Reopen