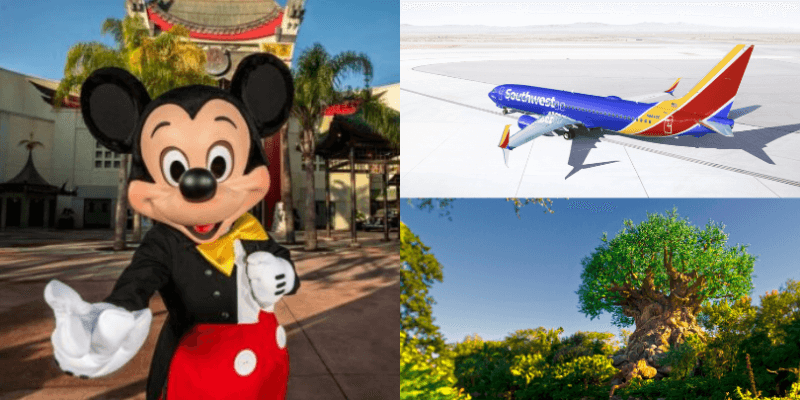 Many Disney fans say that when the pandemic subsides and we are able to safely travel, the first places they plan to go are the Disney Parks. Apparently, airlines are well aware of this, and it looks like Southwest Airlines thinks Disney will play a big role in travel resuming within the U.S.

Southwest Airlines CEO Gary Kelly shared in a CNBC interview this week what he believes will need to happen in order for people to start traveling again. And one of those things, in Kelly’s eyes, is Walt Disney World Resort reopening its gates after its current temporary closure.

At the time, Disney has not yet announced when Disney World in Florida or Disneyland Resort in California will be reopening. Right now, officials at The Walt Disney Company are working with state governments, but they have remained relatively mum in terms of sharing exact details for when and how Disney Parks will reopen.

The Southwest CEO, however, is speaking out about travel and even namedropping Disney.

“I think a lot of things are going to have to happen for the country to come back to life, much less air travel. We and the federal government have a role to play in this” Kelly shared. He said that if people are going to travel again, “They need to have something to be able to do when they get there. So Disney World needs to open back up. Restaurants need to open back up.”

As we mentioned above, Disney fans are determined to get back into the parks. So when it comes to travel, being able to head to the Happiest Place on Earth and the Most Magical Place on Earth is a huge motivator. And by the looks of when Disney fans are planning their next trips, Kelly has a point — there are plenty of Disney lovers who plan to hop on a plane and head to the Magic Kingdom as soon as they are allowed to do so.

Read More: To Get Through Park Closures, Disney Fans Continue to Plan Vacations

But the Southwest Airlines executive also said that travelers need to feel safe while flying.

“We’ll need to disinfect our airports and our airplanes and our customers will need to know what we’re doing and they’ll need to feel comfortable with that,” he said. He later continued, “I think we’re going to find that there’s a strong majority of people who aren’t comfortable unless everyone around them has a mask on.”

Southwest Airlines also reportedly plans to offer passengers personal protection kits of some kind. JetBlue also shared this week its plan for some new safety procedures, which you can read about here.

What’s your take? Do you agree with the Southwest CEO that Disney Parks play a huge factor in travel resuming? Will you be flying to Disneyland, Disney World, or another Disney Park as soon as they reopen? Let us know in the comments!