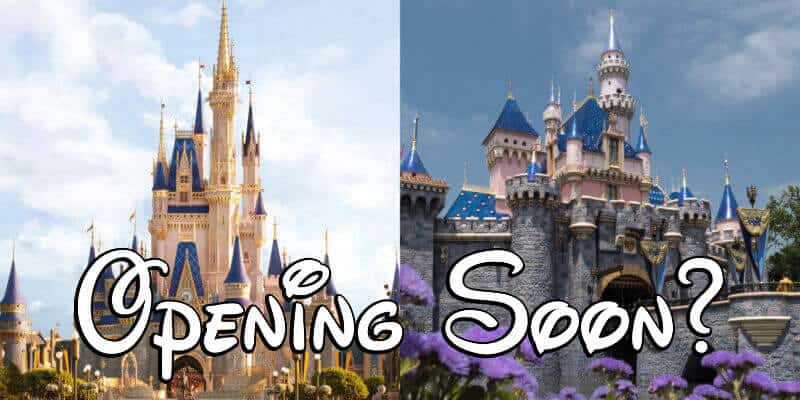 According to a report by CNN, President Trump has officially announced reopening guidelines for the country, which he says could begin as soon as May 1.

“Some states will be able to open sooner than others,” said Trump in his address to the nation. “Some states are not in the kind of trouble that others are in.” Trump also revealed the name of the guidelines, Opening Up America Again, which outlines three phases to restore “our economic life.”

The president first announced the unveiling of these federal guidelines in his address to the nation yesterday, where Trump stated: “Encouraging developments have put us in a very strong position to finalize guidelines for states on reopening the country…”

As exciting as this news is for Disney fans everywhere, it’s worth noting that Trump has also stated the final decision for each state’s reopening does not lie on these federal guidelines but instead on each state’s governor and the severity.

In an address to the state of Florida yesterday, Ron DeSantis, Governor of Florida, stated he’s currently forming a task force to begin looking at when and how to reopen “businesses, schools and other aspects of life in the state.”

However, Orange County Major Jerry Demings has since revealed other plans, which includes assembling an “economic exploration team” consisting of 40-45 people, including business leaders in many sectors of the economy.

Included in this group, is The Walt Disney Company, who he wants to be involved in these discussions, which could indicate a sooner reopening for Walt Disney World Resort. Read more about it here.

On Tuesday, California Governor Gavin Newsom said: “California will need to restructure daily life and dramatically bolster its public health resources in the coming weeks, or possibly months, before it can lift its statewide stay-at-home order meant to slow the spread of the coronavirus.

He added that the state needs to meet a six-point criteria before California’s stay-at-home order can be lifted, which includes:

1. Widespread testing that would allow the state to isolate people exposed to the virus and trace people with whom they have come in contact.

2. The ability for the state to care for older and medically vulnerable Californians, who are most at risk of suffering severe effects from the virus, as they continue to isolate at home.

3. The capacity for hospitals to handle a potential surge in patients, plus resume normal preventive and other medical care.

4. The identification of promising treatments.

5. The development of guidelines for businesses and schools to allow physical distancing even as they reopen.

6 The creation of a data-tracking system that provides an early warning if the state needs to reinstate a stay-at-home order.

As we previously reported, the California Governor was also quoted recently stating: “The prospect of mass gatherings is negligible at best until we get to herd immunity and a vaccine.” Additionally, he said large gatherings in June, July and August are “unlikely.”

At this time, Disney has not made any comment on the reopening of its Walt Disney World and Disneyland Resorts.

To see the White House’s Guidelines for Opening Up America Again, click here.

Will you be visiting Walt Disney World and Disneyland upon their reopening? Let us know in the comments!