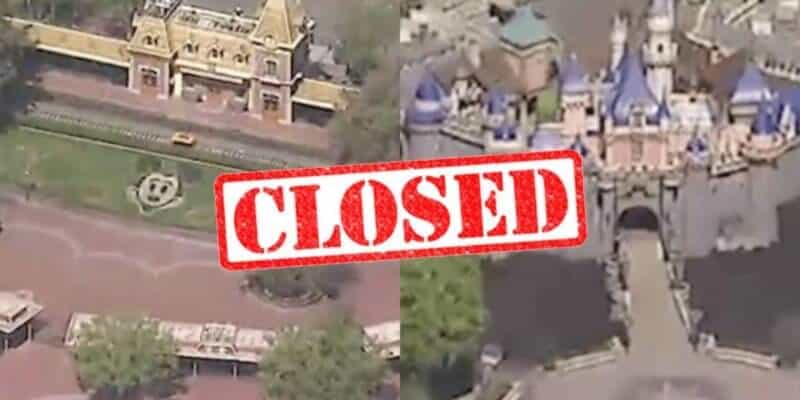 This just in — The California Governor has stated that mass gatherings will be unlikely through the end of August, putting the Disneyland Park reopening at stake.

It’s no secret that with the current global pandemic going on, it has affected several different businesses worldwide, including the Disney Parks — who has had to make several sacrifices including temporarily closing their theme parks.

Walt Disney World, Disneyland Resort, and the other Disney Parks across the globe have unfortunately seen major losses due to their temporary park closures, in fact, we recently reported that a Wells Fargo analysts stated that it is believed the Disney Parks could continue on this rough financial path event beyond the reopening of the theme parks and could continue for as long as the next two years.

But now, it looks as though Disneyland Resort in California could possibly be closed through the end of August as the California Governor recently announced that “large gatherings in June, July and August were ‘unlikely’.”

One of our Inside the Magic readers even wrote in recently commenting on the reopening of Disneyland Resort in California stating:

The Governor of California was asked a question today about holidays coming up such as Memorial Day and July 4th. He said although they are looking at a soft reopening of some businesses sometime maybe in May or June (and that depends on the curve of the virus. They don’t just want to see a flattening, they want to see it going down) gatherings of 100 or more is not likely to happen for fear of it spiking up again. I work for Disney and I don’t think they will be opening anytime soon. Businesses here are taking their cues from the Governor and our health organizations. He will have a better idea within two weeks. In the meantime we are at stay at home orders and social distancing like everyone else.

This comes just days after the Orange County Mayor in Florida — Jerry Demings — stated that it could be another two months before officials begin the reopening process of closed businesses. Demings went on to say that businesses, including Walt Disney World Resort, could remain closed through early June 2020. (You can read more here).

Inside the Magic also recently reported that Shanghai Disneyland could be working on a new phased reopening. The resort just shared a plan of using a QR Code App system to help track mandatory temperature screenings that guests must take prior to entrance to Shanghai Disney Resort. This is also a procedure we could possibly see at the Disney Parks in the United States — Both at the Walt Disney World and Disneyland Resort.

We previously shared that Bob Iger, executive chairman of the Walt Disney Company, stated in an interview with Barron’s Magazine, that a new normal may be put into place once the Disney Parks reopen.

Iger gave an example of a possible guest screening procedure would work at the Disney Parks when they reopen to the public.

Inside the Magic will continue to update our website as more information becomes available on the Disney Park reopenings.

Here at Inside the Magic, we know The Walt Disney Company is doing everything they can to keep their guests’, Cast Members’ and crew members safety in mind and as their number 1 priority during this unfortunate time. We want to remind everyone to please stay home and stay safe. Take all of the safety precautions and follow the CDC guidelines, including social distancing, remaining six feet apart from others, covering your mouth when sneezing or coughing, wiping down doorknobs and door handles, and washing your hands.

How has the current pandemic affected your Walt Disney World or Disneyland vacation? Let us know in the comments below.