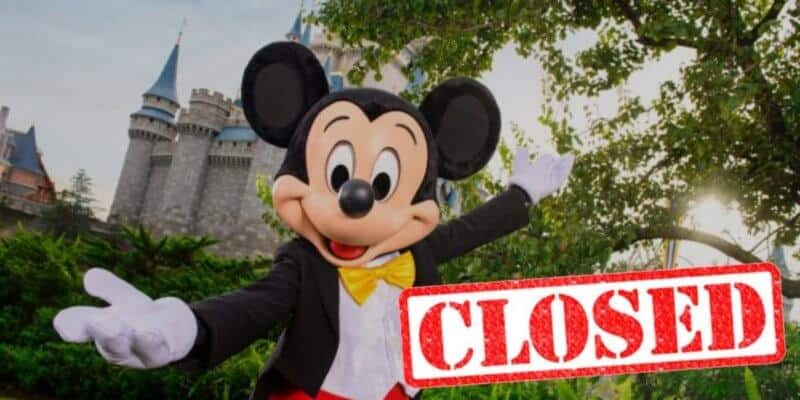 With the current global pandemic going on, it has affected several different businesses worldwide, including the Disney Parks.

One business in particular that has had to make sacrifices due to the recent pandemic is the Walt Disney Company, including the Disney Parks.

Walt Disney World, Disneyland Resort, and the other Disney Parks across the globe have unfortunately seen major losses due to their temporary park closures, in fact, we recently reported that a Wells Fargo analysts stated that it is believed the Disney Parks could continue on this rough financial path event beyond the reopening of the theme parks and could continue for as long as the next two years!

But now we may have some insight on when we could see the Disney Parks in Orlando, Florida reopen to the public. During Click Orlando’s Financial Fight town hall on Thursday night, the Orange County Mayor — Jerry Demings — stated that it could be another two months before officials begin the reopening process of closed businesses. Demings went on to say that businesses, including Walt Disney World Resort, could remain closed through early June 2020.

“I believe, given the models, it could be June — early June — where we see some relaxing of the restrictions in place. But they would have to stay in place to some degree through late summer,” Demings stated.

Inside the Magic recently reported that Disney is continuing to make changes and cancel previously made reservations for April and select dates in May due to the temporary park closures. You can read more about the cancellations here.

Inside the Magic will continue to update our website as more information becomes available.

Here at Inside the Magic we know The Walt Disney Company is doing everything they can to keep their guests’, Cast Members’ and crew members safety in mind and as their number 1 priority during this unfortunate time. We want to remind everyone to please stay home and stay safe. Please continue to take all of the safety precautions and follow the CDC guidelines, including social distancing, remaining six feet apart from others, covering your mouth when sneezing or coughing, wiping down doorknobs and door handles, and washing your hands.