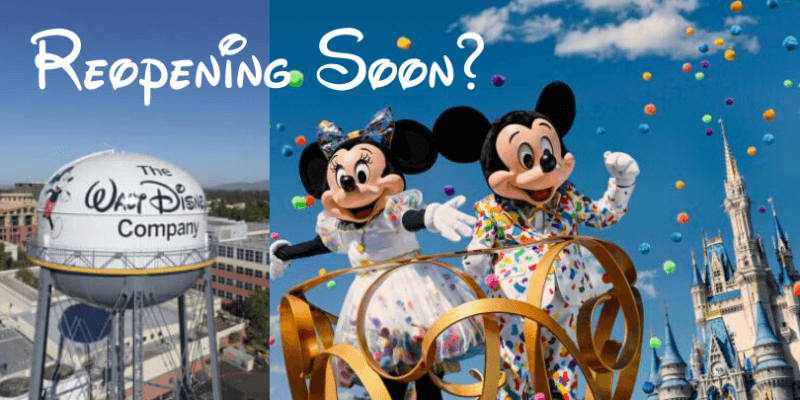 Orange County Mayor Jerry Demings announced yesterday that he is taking the first steps to reopen Florida businesses amid the current pandemic. And Disney is included in this reopening plan.

WKMG News 6 reports that Demings has plans to assemble an “economic exploration team” which will consist of 40-45 people and include business leaders in many sectors of the economy. The best news for Disney fans? Demings wants The Walt Disney Company to be heavily involved in these discussions, which could indicate a sooner reopening for Walt Disney World Resort is on the Orange County Mayor’s mind.

“Small businesses like hair salons and barbershops, to realtors, to theme parks, to professional services,” Demings said about the businesses he wants to involve in this economic exploration team.

Walt Disney World Resort is the largest employer in Orange County, Florida. The company furloughed well over 40,000 employees recently, most of whom are eager to get back to work as soon as possible (and as soon as it’s safe to do so) since their livelihoods are at stake.

Demings also said that The Walt Disney Company will likely be able to provide other businesses with a lot of advice on how to slowly and gradually reopen. The mayor referenced Disney’s experience in Asia — and as many Disney fans know, Shanghai Disney Resort has been able to reopen in phases for the past few weeks.

“In terms of where they are with their experience with the pandemic, they are probably ahead of us,” he said of the Disney company.

Orange County Mayor Jerry Demings announced on Wednesday he has taken the first steps to explore reopening some businesses in the wake of the coronavirus pandemic.

He told reporters he plans to assemble an economic exploration team that will consist of about 40 to 45 people, including business leaders in many sectors of the economy.

“Small businesses like hair salons and barbershops, to realtors, to theme parks, to professional services,” Demings said. “They’ve experienced some things — in terms of the planning process — that I believe could be beneficial and constructive to us as we begin to respond to the very uniqueness of our county.”

More of the Orange County Mayor’s plan will be unveiled this Friday. For now, we continue to wait in anticipation and remain hopeful, since this news is some of the best Disney fans have heard yet when it comes to reopening the Disney gates.