Steps To Reopen: A Thoughtful Look Into What Fans Would Accept To Get Back Into The Parks - Inside the Magic 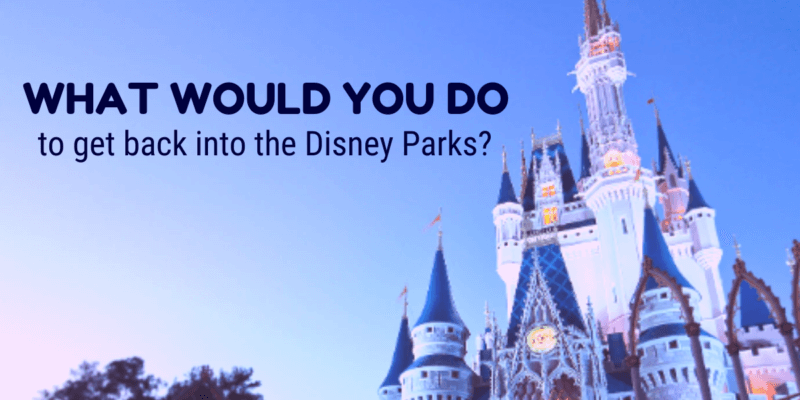 It’s irritating to think about. When will everything reopen? WHAT will that look like? How can we move forward faster? The discussion on how we will get back to normal is finally starting to surface. As our nation (and the globe) struggles to plateau and hopefully come down the other side of the mountain against the pandemic, everyone’s mind is on recovery. A great percentage of the public is tired of speculating about the reopening of Disney Parks. Still, hope and hope alone keep us pensively debating the signs from officials, interpreting the deadlines, and looking forward to whatever future we might experience.

Parks fans and global Guests are eager to get their dose of magic back, and some are willing to do more than others to get back onto Main Street, U.S.A. Possible measures taken in other parts of the world may hint at what we can expect. Still, fans are taking the pensive discussion to the internet to measure up on what they would be willing to accept to get back into the Disney Parks or to have them reopen according to their ideal schedule.

The mainland Park in China, Shanghai Disneyland, is currently closed. As the properties surrounding the theme Park have started to reopen slowly, the Resort shared its plan of using a QR code to track mandatory temperature screenings Guests must undertake before the entrance. This surprising measure may be a procedure we see at the U.S. Disney Parks at the Walt Disney World and Disneyland Resorts, but the jury is still out. We’re not sure… we may end up copying the safety measures. But this may not prove effective enough as global citizens with no symptoms have been confirmed as having contracted the disease. The Shanghai Disney Resort’s official website reveals that officials continue to “closely monitor health and safety conditions” by following government regulators.

Related : When Will Disney Parks Reopen? CDC Says No Crowds Over 10 Until End Of April

One has to think that Walt Disney World Resort shut down its college program and sent everyone home as part of shutting down the Resort. Furloughs, closures, and layoffs have also peppered the Parks and the properties surrounding them. Starting back up those businesses and programs that heavily operate and employ the Parks would be slow and challenging to do quickly. Phased reopenings would be expected just as the closures were also phased (though somewhat quickly). Fox35 Orlando reported that in Orange County, we could expect some changes.

“We may reduce occupancy levels. It could include the mandate for certain screenings to occur, the taking of temperatures at certain types of businesses, or whatever, before people enter,” said Jerry Demings, Orange County mayor. The workforce should also expect modifications. “It could mean additional sanitary protocols for employees of certain types of businesses to require them to wear masks or other things,” Demings said.

But the question on everyone’s mind is how soon could it happen? “Hopefully, we’ll see some of this in May and accelerated into June. And by July time period, [we’ll] have most of the economy open for business again,” Snaith said.

The Orange County (Florida) Mayor also stated during a town hall, “I believe, given the models, it could be June — early June — where we see some relaxing restrictions in place. But they would have to stay [fully] in place to some degree through late summer.” 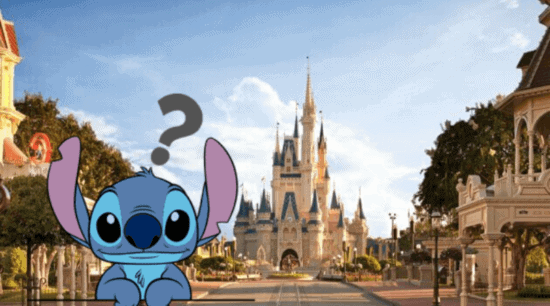 We reported that Bob Iger discussed taking temperatures, but what about a bag check? Fingerprint scans? Merchandise shopping? Character meet and greets? These traditionally close-proximity activities are not easily restarted with social distancing measures, much less with crowds thronging through the hub. It’s going to take some serious thought to get us back to the “old” normal we so crave. Would you, as a Guest, be open to touchless bag scanning and metal detectors? Are fingerprints a thing of the past, as Disney Genie hopefully takes on more work? How about wearing a mask and dealing with different dining scenarios? It’s all possible, and we’re open to discussing new ideas and inventions!

When Do YOU Think The Disney Parks Should Reopen?

We at Inside the Magic poll looked to you, our readers, for your thoughts. When do you HOPE the Parks will reopen (this may be interpreted as when you think the actual opening may be, as well)? The discussion from our Facebook post was mighty varied. Some readers wanted Disney Parks to reopen instantly, with supposed safety restrictions. Others staunchly touted it was only safe to do so after a vaccine had been distributed. Another sector of folks suggested that if it wasn’t safe to cruise, then we might as well enjoy our Disney fix at home until the officials gave us an “all-clear” to return to business as usual. Others have suggested that the Parks reopen by Halloween to celebrate, while others insist that 2021 would be a rock-solid idea for the vaccine to take hold. Take a peek for yourself and weigh in with your comments:

Leave a comment about measures you would accept to return to the Disney Parks! We’d love to hear your ideas!