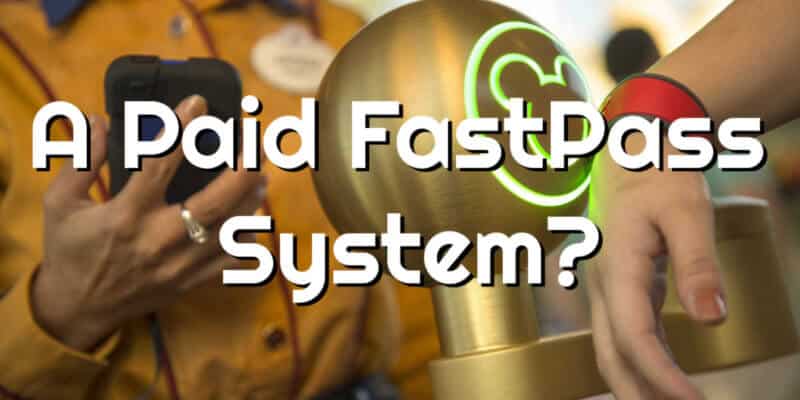 Three things are certain: death, taxes, and the Spanish Inquisition (wait, that’s just for Monty Python… ). For us, maybe it’s Disney Ticket price increases. Either way, we’re bracing for the annual impact on our wallets. With the expected price increases rolling out this time of year, there’s an additional rumor swirling into the mix: that of a Paid FastPass upheaval.

Why FastPass+ Isn’t As Good As MaxPass

Remember when Club Level Guests were suddenly allowed to pay $50 per person per day of their vacation for extra FastPasses? Guests and Disney Parks fanatics initially scoffed at the idea of paying for more FastPasses during the day, but such magic is a huge perk in the crowded Parks. Wait times can soar during peak periods, and when you’re waiting for Peter Pan’s Flight for three hours, an additional skip down the Fast Pass line would be an awesome alternative.

On the West Coast, those at Disneyland Resort have been experiencing MaxPass since 2017. MaxPass is spur-of-the-moment system for Guests. They scan into a Park and then can begin selecting FastPasses for attractions, one after another. The upgrade from paper passes costs $15 per person, per day and includes PhotoPass photos. MaxPass provides a completely stress-free way to visit Disneyland, trumping the in-advance FastPass+ at Walt Disney World Resort, though it is currently free with single day tickets, a Park Hopper, and Annual Pass. It’s also integrated into the My Disney Experience app online and for smartphones.

You can read more here about the various Fast Passes around the world and how these other Parks use for paid FastPass systems. Shanghai Disneyland has both free and paid systems for attractions, while Disneyland Paris relies on the original paper pass system that Disneyland California used to use (and still does, with the added exception of MaxPass).

Orlando Weekly shares our thoughts on FastPass+ not being the “runaway success Disney had hoped for, despite reportedly spending well north of a billion dollars on the project.” In the last few years, we’ve seen FastPass tiers appear at the Parks (at Disney’s Animal Kingdom, Disney’s Hollywood Studios, and Epcot, but thankfully not Magic Kingdom) and Cast Members trying to close up loopholes inside Rider Switch and other aspects of the ride reservations program.  Guests are routinely in angst over not being able to secure desired attractions or not being able to plan last-minute trips without serious FOMO.

With the Club Level experiments and obvious success of MaxPass, we can only wonder if an upcoming paid FastPass system is coming to Walt Disney World Resort. This kind of complete overhaul to the current ride system has been expected for some time, and many think it is due with the 50th Anniversary of Walt Disney World kicking off in 2021. Guests and Cast Members alike would have to learn and test the system in the theme parks before the seamlessness is evident (but that also goes for Genie, which is why we think it may be integrated).

It’s very possible that the new Genie app (meant to help Guests plan their day with an AI-based system) will assist with marketing a paid FastPass system. The ride reservations as they stand now require Walt Disney World Parks Guests to reserve them 30-60 days in advance, but screenshots shared by Disney at D23 show the Disney Genie grouping experiences together into tour-like offerings based on interests and preferences. Would a new upcharge system create FastPass packages based on topics or interests? Genie would certainly make that easier.

This editor wonders if Genie is the next step towards replacing a MagicBand, or perhaps Genie will be in charge of your FastPass+ reservations or the next iteration of MaxPass-like system. Maybe over time it replaces the often broken or buggy My Disney Experience App? This new upcoming tool is expected to be released to Disney guests in late 2020, just in time for the Walt Disney World 50th Anniversary Celebrations begin.

Not strong enough to escape the ticket hikes, ITM reported earlier this year that Disneyland currently has the one-day, one-park ticket costing $149 on peak days, $129 on regular-demand days and $104 on low-demand days. Experts are anticipating at least a 5% increase this year at Disneyland to account for inflation and the rising cost of employee wages, however, the increase could potentially be much higher. To see how much higher, we only have a few more days/weeks for the traditionally annual hike time period. (Read: Buy your tickets now!)

While Disney has not yet formally announced any of these changes, we’ve been trying to read Mad Hatter’s tea leaves and trying to anticipate what may happen. After all, aren’t repeat Walt Disney World guests mostly planners? We want to know! The rumored new Disney World Paid FastPass+ system or the implementation of Disney Genie with the ticket price increases could be announced this February or Disney would wait until the fall as their anniversary year draws nearer.  If you’re planning a Disney Experience in the next 499 days, you might want to go ahead and purchase your Parks tickets or Annual Passes now. Tickets aren’t going to get any cheaper and we don’t know any Disney Fastpass“>Fastpass secrets that aren’t out there already!

Would you pay for more FastPasses or a MaxPass-like system at Walt Disney World Resort? Leave us a comment below!

Comments Off on Is A Paid FastPass System Coming to Walt Disney World Along With 2020 Ticket Price Increases?