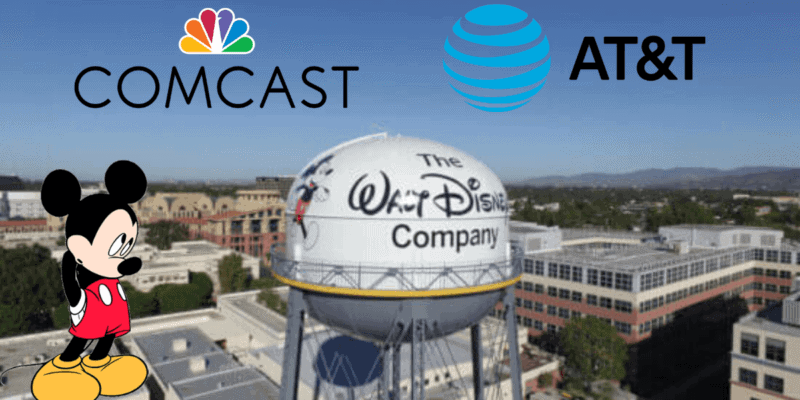 Disney — like all of the other media giants like Comcast (the parent company of NBCUniversal and the owner of Universal theme parks) and AT&T — is taking a crippling hit during the pandemic crisis. But why does it seem that Disney is the only major media name furloughing its employees? Why not Comcast or AT&T?

The answer lies outside of the movie and television studios and in the massive empty theme parks.

Disney, AT&T, and Comcast are currently the three largest media conglomerates. But only Disney rests a significant portion of its revenue in the theme park/resort industry.

Parks and Resorts is Disney’s largest division, responsible for 35% of its revenue in 2019. That division includes not only theme parks and resorts, but also a cruise line. In contrast, Comcast derived only 5.4% of its revenue from parks such as Universal Studios, and AT&T doesn’t own any parks.

That reliance on gathering large groups of people in public lies at the heart of Disney’s challenges right now.

Yes, Disney has made significant investments outside of the parks, especially in its new direct-to-consumer streaming service, Disney+. And it did beat AT&T’s HBO Max and Comcast’s Peacock to market. But plans set into motion before the pandemic show Disney doing anything but lightening up on its focus and future reliance on its theme parks scattered across three continents.

With so much of its revenue dependent upon parks that are supposed to welcome collectively hundreds of millions of guests each year and so much of its capital invested in future projects, Disney is suffering looses its other media peers are unfamiliar with. Therefore, it looks as though they must, unfortunately, take their own temporary measures in order to ride out this crisis.

We at Inside the Magic want to remind our readers that furloughs are not the same as layoffs, and it is not just those employees that are feeling the effects of this crisis.

[Disney] will pay 100% of health insurance costs for workers currently covered for up to 12 months. While the majority of those furloughs are at the theme parks, they also extend to all of Disney’s other divisions, including the movie studio and TV division. Disney’s also asked its senior executives to accept a pay cut, with no set end.

Can you see how The Walt Disney Company had to make a different decision than Comcast and AT&T? Do you know any Disney employees that were furloughed? Let us know your thoughts in the comments.