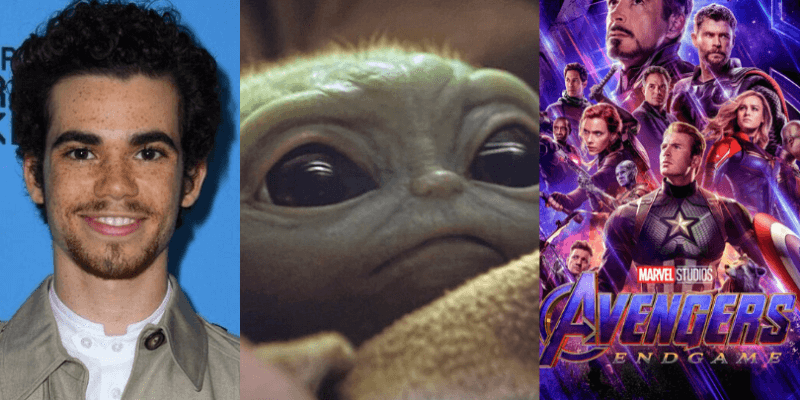 Earlier this week, Google released its yearly “Year in Search” stats compiled by looking at the most common, trending, popular searches for the entire year.

When gathering data for the Year in Search, Google looks specifically at the biggest trends in search terms. Google compiles data about search terms that spiked internet traffic the most over a specific period of time in 2019 as compared with the same timeframe in 2018.

When it came to the biggest U.S. television show search trends for the year, Disney made a representation with the term “The Mandalorian” being the fourth biggest search trend. This probably doesn’t surprise too many people. Judging from the new series’ wild success, it’s quite possible that if Disney+ had premiered earlier in the year, “The Mandalorian” might have been the biggest TV show trend–and possibly even the most searched term overall.

When Google calculated data at the global level, the term “Cameron Boyce” was the second biggest search trend after “iPhone 11.” And the term “Avengers: Endgame” made the number 7 spot on the global list as well, followed by “Joker” at spot number 8, “Notre Dame” at the number 9 spot and “ICC Cricket World Cup” wrapping up the top 10 list globally.

Google’s trending searches are largely influenced by pop culture and that is reflected in the biggest search trends. That becomes even more evident when you take into account the top baby-related search trend term for the year in the United States. It too is Disney-related. Any guesses?

When it came to the category of movies, Disney made a good representation as well. The top 10 list of movie title terms with the biggest search trend included the likes of “Avengers: Endgame” “Captain Marvel,” “Toy Story 4,” “The Lion King” and “Frozen 2.” They took places 1, 2, 4, 5 and 7, respectively. And under the “What is…” category list of search terms, Disney showed up in the terms “What is Disney Plus” in the number 7 spot and  “What is a Mandalorian?” in spot 9.

How many of the terms above did you search this year on Google? Let us know which Disney-related topics you search the most.

Comments Off on Which Disney term was the most searched on Google this year?