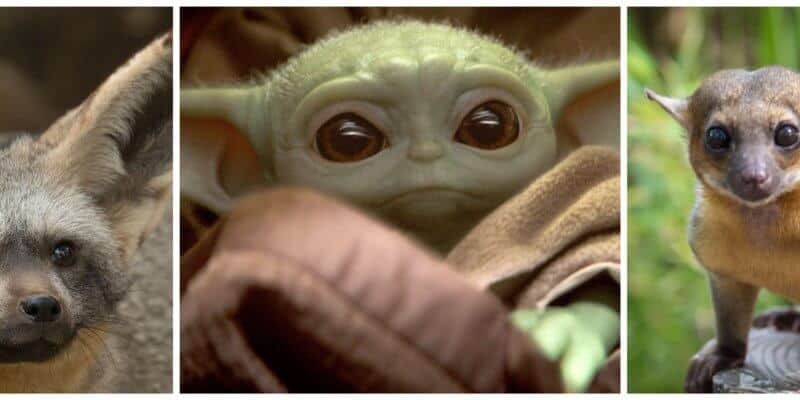 Have you ever wondered where the sound effects you hear in movies come from? From twisting celery branches to create the sound of bones breaking (OUCH!) to digital manipulation of sounds that create those futuristic noises you hear in movies like Star Wars: The Rise of Skywalker, it’s fascinating to learn how sound engineers pull off these amusing audio tricks to give us a unique auditory experience.

When it comes to Star Wars sound effects, sound engineers go the extra mile, or parsec, to create magic in the studio. For our favorite droids, a combination of voice actor talents and other sounds go in the engineer “pot” to get mixed and EQ’d to give life to these beloved characters. Did you know it was “Trainwreck” actor Bill Hader and “Parks and Recreation” actor Ben Schwartz that voiced BB-8, the lovable rolling droid in “Star Wars: The Force Awakens“? That is a cool IMDB credit to have!

Now, fans are wondering who the voices are for the newest Star Wars internet sensation, the cutest thing on the internet, Baby Yoda! Officially known as The Child, this adorable character from the breakout hit, The Mandalorian has captivated our hearts and our ears with his adorable ginormous eyes and alien garbly voice.

Related: “The Mandalorian” has a special tie-in with “The Rise of Skywalker”

Thanks to The Mandalorian’s Supervising Sound Editor Matthew Wood, we need wonder no more! In a recent tweet, he put the rumors to rest and gave us an answer.

“How about the REAL answer?!? #BabyYoda is voiced by a combination of baby samples, bat-eared foxes, kinkajous, & the sound design vocal talents of @DaveAcord!  PS, he also voiced baby Rotta the Huttlet for #TheCloneWars ! RT@CarlosCrits”

How about the REAL answer?!? #BabyYoda is voiced by a combination of baby samples, bat-eared foxes, kinkajous, & the sound design vocal talents of @DaveAcord ! PS, he also voiced baby Rotta the Huttlet for #TheCloneWars ! RT @CarlosCrits https://t.co/2CLaDnQ5aa

And there you have it! Our favorite baby’s coos come from baby samples, bat-eared foxes, kinkajous, & the sound design vocal talents of Academy Award nominee and Supervising Sound Editor, Sound Designer, Re-Recording Mixer, and Voice Actor, Dave Acord. That is WILD!

Did that answer surprise you? We were pretty surprised how many different elements came together for that tiny cutie pie’s voice. We can’t wait to hear more from Baby Yoda (ahem… The Child) on all the upcoming The Mandalorian episodes! Are you watching? Let us know in the comments.