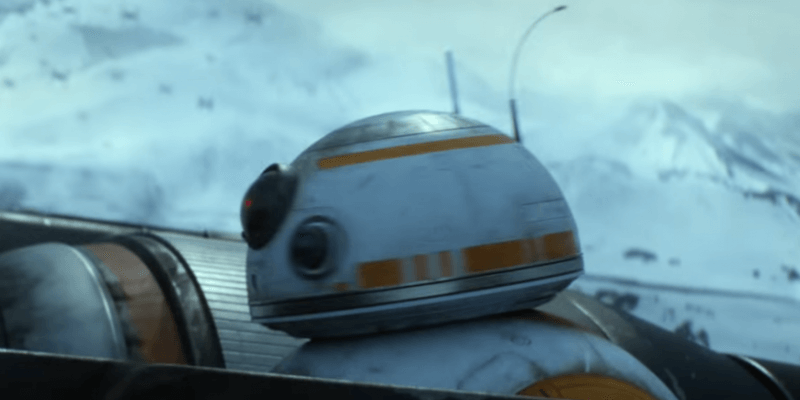 This article is intended for viewers that are watching “Star Wars: The Force Awakens” for a second or third time. This article contains MASSIVE SPOILERS at times, so if you don’t wish to read, save until after you’ve seen the movie.

With “Star Wars: The Force Awakens” breaking box office records across the board and the film still receiving heavy traffic on social media, many fans are going back to a galaxy far, far away already. With so many great cast members, it’s often fun to look for new aspects of the films we watch on our second or third viewing. One of the more enjoyable things about this iteration of “Star Wars” were the fun cameos from various celebrities. With this in mind, we have some great casting tidbits that have become more public in the last few days.

Without a doubt, the most talked about cameo in “Star Wars” belongs to one Daniel Craig. The scene in question occurs when Rey is beginning to explore her force powers. Upon realizing there is Stormtrooper behind her, she attempts to use a Jedi Mind trick to escape the First Order’s capture. The Trooper in question drops a funny retort to Rey, before eventually letting her out of her restraints. While Craig had seemed to be annoyed at the idea he would play an extra, it made for an excellent scene in the film. As one of the most talked about lines/scenes, it was a great payoff for Craig’s already praised cameo. Three other cameos were made by former Star Wars actors. In the scene where Rey touches Luke’s lightsaber and begins to have a flashback, several other characters quickly come in and out of the scene. According to Abrams, there is at least a very quick cut of Alec Guinness (the only actor from the Star Wars films to be nominated for an Oscar), with both Frank Oz and Ewan McGregor providing voicing for Yoda and Obi-Wan Kenobi respectively.

Some other fun cameos were have been revealed in the last few days, with both Oscar winning composer Michael Giacchino and Radiohead producer Nigel Godrich playing Stormtroopers, “Game of Thrones” alum Jessica Henwick as an X-Wing pilot, and Yayan Ruhian, Cecep Arif Rahman and Iko Uwais from “The Raid” as Tasa Leech and the Kanjiklub gang. Last but not least, the credits reveal that fan favorite droid BB-8 had two vocal consultants, Ben Schwartz and Bill Hader. This makes a lot of sense, as BB-8 has some of the best comedic timing of any droid (maybe even more so than R2). Having two of the best improv comics today on the scene to provide the consulting on how/when the droid should react certainly raised the level of excitement to see the character on screen for me.

All in all, these cameos remind us all of one thing: that those who love Star Wars come from all walks of life. With so many people simply wanting to get involved, it is no surprise that Star Wars retains its high popularity today.