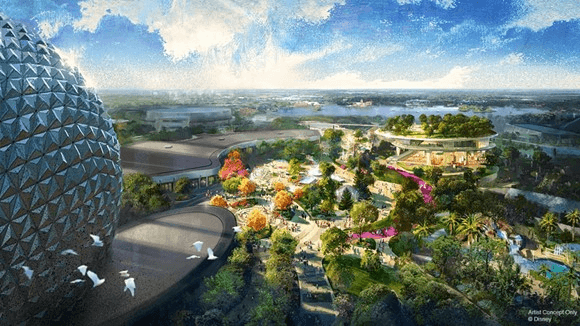 D23 Expo this year was full of announcements and surprises, many of which concerned the future of Epcot at Walt Disney World. But after hearing all about Disney’s plans for the theme park, a large percentage of the fan community was left wondering — is that it, or does Disney have more tricks up their sleeve?

It seems like there’s a lot of Epcot plans that Walt Disney World has yet to announce or reveal, and Epcot enthusiasts around the world are speculating just what those plans might be. Here’s a roundup of some Epcot plans that Disney fans think might be announced in the future — we just don’t know when.

Keep in mind that much of what will be discussed in this article overview is a roundup of rumors and speculation within the Disney fan community. As such, unless we disclose that Disney has announced anything, then nothing is official yet.

Many Disney fans speculated that we would get an announcement of a new World Showcase pavilion coming soon to Epcot. Before D23 Expo began, a rumor spread that Brazil would be the next pavilion to be added to the World Showcase, and many reported that this would be announced during the Disney Parks panel at the expo. This rumor was further fueled by the blacked-out posters on display at the expo leading up to the Disney Parks panel.

Now, rumors are circulating that Brazil isn’t actually the new World Showcase pavilion coming soon and instead we’re getting an India pavilion. But as of right now, none of this is official or has been formally announced by Disney.

Plans for the Imagination pavilion, The Seas, and The Land

While we found out that Epcot’s Future World would be overhauled and replaced with three new lands — World Discovery, World Celebration, and World Nature — we were left wondering what exactly Disney has planned for the Imagination pavilion.

The Imagination is located in what was previously considered Future World West, but with Disney’s new layout of guest walkways, it will be considered part of World Celebration, the middle land that also encompasses the front entrance and Spaceship Earth, among other new additions. However, even though these three new lands were announced, we still don’t know anything about what’s going to happen to the pavilion (or, consequently, Journey into Imagination with Figment).

We’ve also heard rumors circulating regarding the future of The Seas and The Land pavilions, which will soon be included in World Nature. While Disney has denied that these pavilions are leaving Epcot anytime soon, the lack of recent news regarding these pavilions has fans wondering if we should be expecting them to be reimagined in the future.

A while back, the internet was buzzing with news that Walt Disney World was constructing a new hotel with theme park views into Epcot. Some reported that the hotel would be located either near the front entrance of Epcot or somewhere behind the World Showcase. We’re not exactly sure of all the truth behind this rumor, but we do know that this is another piece of information that wasn’t announced or even hinted at during D23 Expo last month.

We’re not sure if or when Disney will acknowledge these rumors or share that there is any truth to them. But since most of the information that came out of D23 Expo (aside from the Moana and Mary Poppins attractions) was a confirmation or further explanation of news that Disney had already announced or hinted at, we’re almost positive we won’t be hearing a peep about anything else possibly coming to Epcot for a while.

What more Epcot news are you hoping Disney will reveal soon? Share your thoughts with us in the comments!