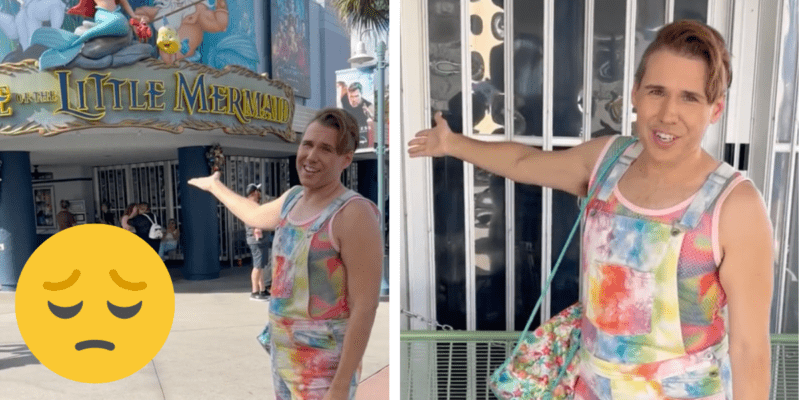 The COVID-19 pandemic forever changed Walt Disney World Resort. While many meet and greets, attractions, and entertainment experiences have returned to pre-pandemic operations, many have not.

At Disney’s Hollywood Studios, Disney Junior Play and Dance!, Fantasmic!, and Indiana Jones Epic Stunt Spectacular have returned, but Voyage of the Little Mermaid has not. According to Disney Cast Members, the classic Broadway-inspired Disney Princess show has yet to return, not due to staffing shortages but a major mold infestation in the building.

Though some fans believe Voyage of the Little Mermaid, which opened at MGM Studios in 1922, has long overstayed its welcome, others pine for its return. TikToker Jimmy Sherfy (@jimmysherfy) recently went to Walt Disney World Resort to see the show. Naturally, he was highly disappointed:

“I came all the way to Orlando for one thing. Let’s go!” Sherfy said sarcastically as he approached the shuttered Voyage of the Little Mermaid building. “Closed! I’m going home.”

Commenters mourned the attraction alongside him. “I know that feeling… 😭😢🥺,” @kursk_kuku141 said.

Some claimed to be Disney Parks Cast Members. “It will be reopening!” said @jcowdlylion. “I used to work in that area and that’s just one of the 2 stores that was there but the show will be back,” @shakara2010 wrote.

Do you miss Voyage of the Little Mermaid?