Disney Will Charge Guests For Returning Magical Experiences - Inside the Magic 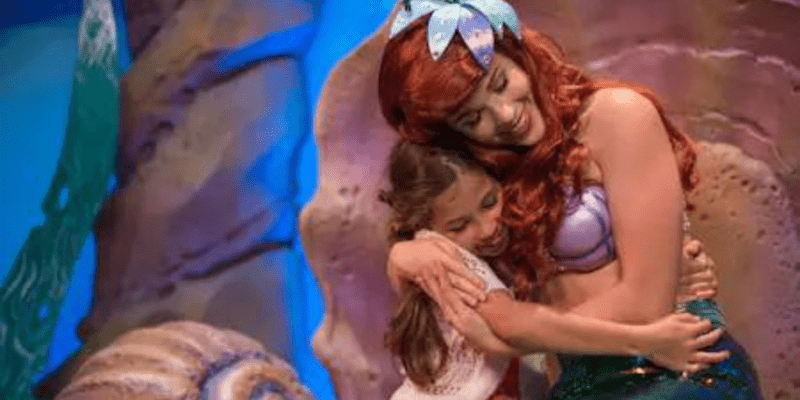 After years of anticipation, Disney has finally announced the return of fan-favorite magical experiences to the Park. However, Guests may have to pay extra if they want to experience them during their visit.

Disney World continues to work hard to bring back some of the most popular experiences at the Parks after the abrupt closure caused by the COVID-19 pandemic, which affected Walt Disney World Resort, Disneyland Resort, and Disney Parks worldwide alike. Due to obvious reasons, character meet and greets have been the most affected by the pandemic and the health and safety measures introduced afterward, but after years of anticipation, two magical experiences are finally returning to the Magic Kingdom.

After three years of high anticipation and several signs pointing at the return of fan-favorite activities, Disney has finally announced the return of two enchanting experiences to Magic Kingdom starting this month, allowing young — and young at heart — Guests to meet some of their favorite Disney Princesses at Fantasyland and reminding fans why Walt Disney World is the Most Magical Place on Earth.

Per an official Disney (@DisneyParks) announcement, Ariel’s Grotto will once again take Guests on an undersea adventure to meet Ariel from The Little Mermaid (1989) on January 22. And for fans looking to soak themselves in a literary experience, the Beast’s library will once again open its doors for all Guests as Enchanted Tales with Belle reopens on February 19.

More character experiences are returning to Magic Kingdom! Get ready to step into the library with Enchanted Tales with Belle on Feb. 19 and head back under the sea at Ariel’s Grotto beginning Jan. 22.

More character experiences are returning to Magic Kingdom! Get ready to step into the library with Enchanted Tales with Belle 📚 on Feb. 19 and head back under the sea at Ariel’s Grotto 🐠 beginning Jan. 22. pic.twitter.com/DRxLUaFlgB

Both experiences will be available for all Guests upon their respective reopening. However, as reported by theme park and entertainment journalist Scott Gustin (@ScottGusitn), Ariel’s Grotto and Enchanted Tales with Belle will be available as Genie+ selections when they officially return, meaning Guests will have a chance to skip the lines to meet their favorite Disney Princess if they pay for the Genie+ Service during their visit.

With the return of these character experiences to Fantasyland, Guests visiting Magic Kingdom now have the chance to meet Aladdin, Jasmine, Cinderella, Merida, and Tiana — along with other beloved Disney characters — at different locations throughout the Park.

If you haven’t had the chance to meet Ariel at Fantasyland, Disney describes Ariel’s Grotto as follows:

Be Part of Her World

Venture into a seaside grotto, where you’ll find Ariel among her treasures. She has gadgets and gizmos aplenty, and she’s always happy to make new friends—especially human ones.

She wants to be where the people are, so stop by and make her dream come true!

A Tale as Old as Time

Step into Belle and Maurice’s quaint country cottage and marvel at the charming decor. Next, tour Maurice’s workshop, where you’ll see his inventive gadgets—and a special enchanted mirror the Beast gave to Belle. Say the magic words and the mirror comes to life!

Watch the story of how Belle and the Beast met, and then behold the walls disappear before your eyes as you are magically transported to the Beast’s castle.

Meet the Enchanted Wardrobe, who will help selected participants prepare for their role. Which of you will play the Beast? Guests of all ages may volunteer!

Take your places inside the Beast’s splendid library, where Lumière the talking candlestick directs the action. When Belle appears, you’ll get a chance to play your part in her fairytale story—or just cheer along as you observe the fun!

Are you excited to see more character experiences returning to Disney World? Let us know in the comments below!