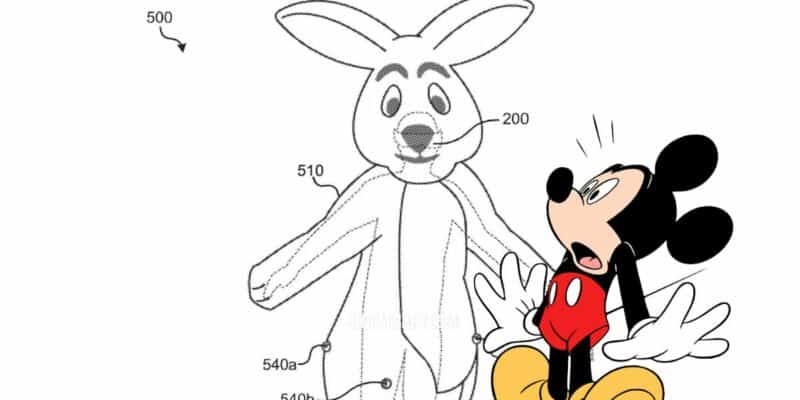 A proper visit to the Disney Parks is simply incomplete without the appearance of some of Disney’s favorite animated faces. It’s practically sacrilegious to visit the Magic Kingdom and not get a picture made with Mickey. From Disneyland to Walt Disney World and beyond, the characters simply give the Parks a life of their own. That being said, it’s not easy playing Mickey and Minnie, but that might soon change.

The character performers are some of the most talented and most essential Cast members on Park property, and they have a lot to deal with. Not only do the characters have to constantly deal with unpredictable Guests, complex and often heavy attire, high temperatures, and other hazards, they have to do it all while staying in character. While most face characters can handle this better than most, the fur/mask characters have the most trouble.

Related: Why the Sudden Figment Love?

There have been several reports in the past of Disney characters losing bits of their costumes, falling, or otherwise injuring themselves while on the job. Many of these incidents can be linked to the limited vision the costume heads provide, but Disney is currently at work to try and make characters safer and more interactive. Recently, Disney Enterprises filed a patent for a new display system inside the character suits to grant the wearer better vision with a head-mounted display.

This new system, judging by the designs filed, would essentially put an HMD visor on inside the head of a costumed character to look through viewpoints on other areas of the costumes, thereby not limiting the performer’s vision to just a mesh opening. While this all sounds impressive on paper, how does this practically work for things like Character Meet and Greets? Moreover, could the costumes handle all that extra tech in such a compressed space.

Augmented and articulated character heads aren’t anything particularly new, as anyone who is ever seen Talking Mickey at the Main Street theater will know, but so much machinery confined to a mask could pose a particular problem. That being said, Walt Disney Imagineering has done marvels in its time, and this would be no different. It’s not like we’ll be seeing these coming to practice anytime soon, but it’s interesting to learn how Disney plans on changing their Park experiences in the near future. Hopefully, the results will be successful and both fans and cast members can share in a more interactive and safe experience.

What do you think of this new idea? Tell us in the comments below!