Why the Sudden Figment Love? - Inside the Magic 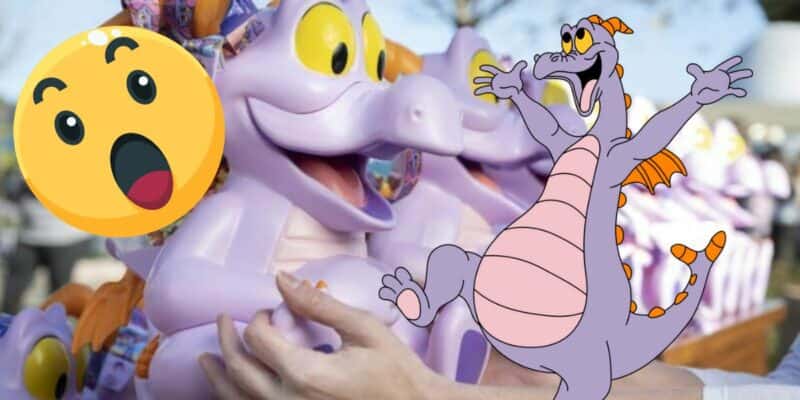 EPCOT’s unofficial mascot has been a fan favorite character for decades, but he’s recently seen an unusual amount of attention from Disney. Although his iconic ride continues to need some serious attention, Figment has been popping up across Park property in merchandise, clothes, popcorn buckets, and even an upcoming and unexpected Meet and Greet. That’s all well and good for fans of the character, but it has many asking why.

Figment has been the face of the Disney Park for a long while, and with the Festival of the Arts underway, he’s truly stepped into the spotlight. The character has often been seen holding a paintbrush, a pencil, or some other tool for creative expression, but Disney seems to be planning something bigger and better for the little purple dragon. It might be a possible tie-in with the announced Seth Rogen movie, but it also might be Disney’s way of prepping fans for something to happen to Journey Into Imagination. Something that requires this much Figment marketing has to be quite a drastic change.

Taking his upcoming movie out of the equation, Figment’s primary fixture has been his iconic ride. Journey Into Imagination, with and without Figment, has been an EPCOT fixture for decades. Figment himself has been tied so tightly to the attraction that his brief elimination from a previous version had fans in an uproar. Could Disney be planning some sort of intense change for the ride and/or the character? At this point, it’s hard to say.

What can be said is that the character seems to be making himself better known. Disney has previously announced a Figment character interaction returning to the Parks, and his famously adorable popcorn bucket has also made a return. Disney might be looking to take his attraction back a few decades and reunite him with the Dreamfinder for an updated version of the original ride, or perhaps even give him an all new experience altogether.

Related: EPCOT Show Closing For a Favorite To Return

While it’s highly unlikely that Figment is on his way out, or that the ride might go the way of Splash Mountain, the amount of promotion he’s received has made some cynics start questioning if there isn’t some sort of ulterior motive behind this. Either way, it’s not like getting more of a popular character is going to be doing any harm.

Do you think there’s a reason behind Figment’s increased popularity? Tell us in the comments below!