EPCOT Show Closing For a Favorite To Return - Inside the Magic 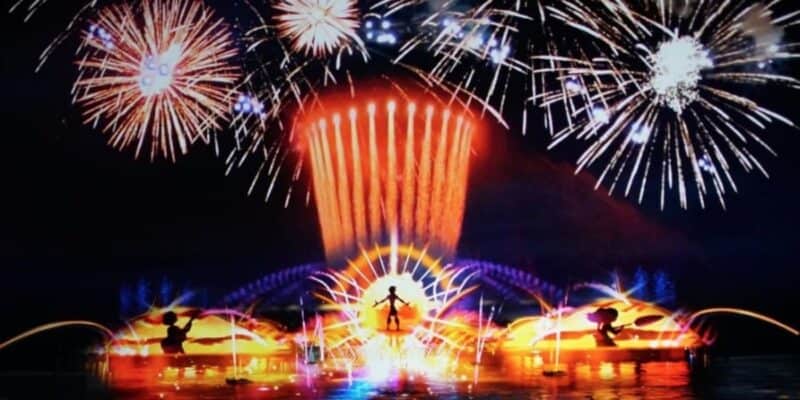 Walt Disney World’s 50th Anniversary has given Guests a bevy of special opportunities in celebration of the Park’s 50 years in the hearts of fans. Guests have also been treated to a number of new attractions, rides, and shows during the special event, but one incredible show is set to make its final performance in 2023.

50 years is a long time to develop a fanbase, and in half a century, Disney has given generations of Guests lifetimes of memories. From the Magic Kingdom to Hollywood Studios, the Parks have played host to countless unforgettable experiences. Unfortunately, as the saying goes, all good things must come to an end, and that is certainly true for one of EPCOT’s most beautiful shows. Set to close in March of 2023, Harmonious is scheduled to close to make room for a brand new Nighttime Spectacular.

Harmonious is an enormous spectacular of lights, color, and sound that culminates in a grand pyrotechnic display that celebrates the various countries seen around the Park’s famous World Showcase. Projections and visuals inspired by various countries and corresponding Disney movies that fit their themes weave a story of diversity and unity with that special brand of magic that makes Disney so special. As with everything that falls under Walt Disney World’s 50th Anniversary, however, it is ultimately expected to close along with the rest of the celebration’s special event. With that in mind, Guests don’t have to be too sad for very long. Dedicated Disney fans already know that Harmonious’ closing is only the foreshadowing event for the return of another EPCOT fan favorite.

Where one door closes, another one opens, and that can certainly be said of Harmonious and (supposedly) EPCOT Forever. The Celebration of the Park will likely serve as the transitional show before EPCOT debuts Disney’s newest spectacular for 2023. With the Walt Disney Company’s 100 year anniversary on the horizon, Disney is going to be pulling out all the stops to bring Guests their most incredible event yet, but that doesn’t mean they can’t tease their fans with something special.

EPCOT Forever was a Nighttime Spectacular that celebrated the theme park’s legacy of innovation and imagination. Consisting of orchestrated numbers and visual projections from EPCOT’s past, the show was an EPCOT fan’s dream come true. Featuring numbers and sequences inspired by Journey Into Imagination, Kitchen Kabaret, Magic Journeys, Spaceship Earth, and many more, the show was a love letter to the Park’s legacy. While it’s uncertain what will more permanently take Harmonious’ place, EPCOT Forever is definitely the best way to give Guests a heaping helping of fan service.

Are you looking forward to EPCOT Forever’s return, or do you prefer Harmonious? Tell us in the comments below.

Comments Off on EPCOT Show Closing For a Favorite To Return