EPCOT Guests Grateful That 'Frozen' "Saved" Norway - Inside the Magic 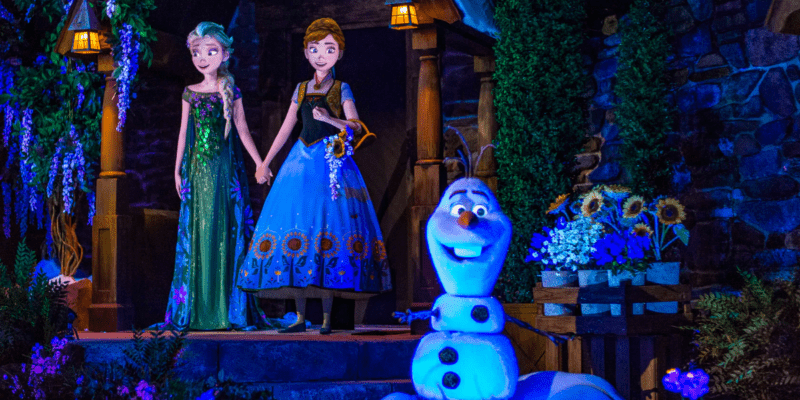 Frozen (2013) took over every television screen, car radio, and Halloween costume shop when it premiered nearly ten years ago. In 2016, it finally made a permanent mark on Walt Disney World Resort.

Frozen Ever After replaced Maelstrom in EPCOT World Showcase in 2016. The once-quiet Norway Pavilion became the target of every rope drop stampede for years to come, and the ride still boasts hours-long wait times.

While devoted EPCOT fans miss Maelstrom, there’s no question that Frozen Ever After boosted the popularity of the Norway Pavilion. But did it save it? Some Guests think so. Twitter user @LilDisFan shared comments she overheard while visiting the Disney Park:

Overheard in the Norway Pavilion bathroom (this was an adult that said this) ‘Norway is so lucky for Frozen, they would have no money and would be broke without it. Norway was saved by Frozen.’ Minutes later another adult ‘Norway would have closed without Frozen.’ 🫣

Overheard in the Norway Pavilion bathroom (this was an adult that said this) ‘Norway is so lucky for Frozen, they would have no money and would be broke without it. Norway was saved by Frozen.’ Minutes later another adult ‘Norway would have closed without Frozen.’ 🫣

Some Disney Parks fans were shocked by these statements. Many pointed out that these Guests must have never tried School Bread, a fan-favorite, delectable treat served at Norway’s Kringla Bakeri og Kafe. From @Starport97:

Spoken by somebody who’s obviously never had school bread.

Spoken by somebody who’s obviously never had school bread.

Of course, we’ll never truly know if Norway would have been replaced without Frozen Ever After. Though Maelstrom’s popularity was declining – many Guests didn’t even know it was there – an overhaul of the Norway Pavilion would have been much more expensive than leaving it as it was. And who can forget about dining with the Disney Princesses at Akershus Royal Banquet Hall?

This thrilling boat ride takes you to Queen Elsa’s ice palace, where you can really “Let it Go!” From Disney:

High up in the icy blue world of the North Mountain, Elsa’s enchanting ice palace awaits. Behold the wonder… and keep an eye out for Anna, Olaf and a few more Frozen friends.

Do you like Frozen Ever After better than Maelstrom?