Is EPCOT Getting a Special Attraction? - Inside the Magic 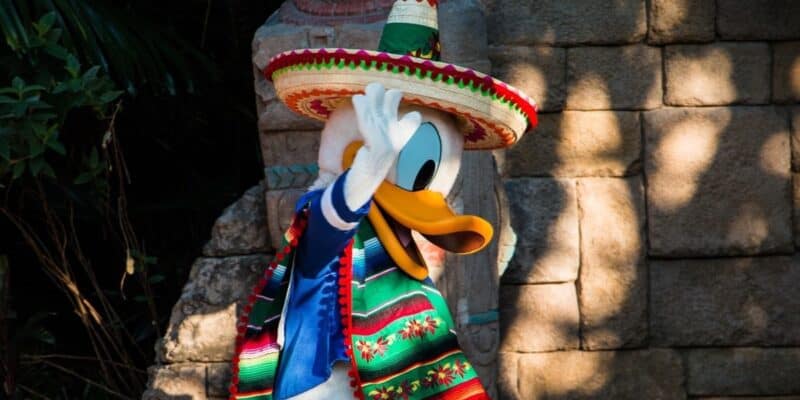 A new experience is coming to EPCOT featuring Scrooge McDuck and the rest of his globe-trotting family, replacing Agent P’s World Showcase Adventure. Easily an appropriate application for the DuckTales cast, it might not be the only feature with them in Disney’s future.

In celebration of EPCOT’s upcoming 40th anniversary, the Park is getting a new interactive experience starring Scrooge McDuck and adventurous escapades. As fun as Agent P’s trip around the World Showcase was, the DuckTales crew arguably have a longer and more recognizable career. Dedicated Disney fans might want to keep a particularly close watch on this developing project, as it might not be the only experience featuring the colorful cast of characters.

Disney’s Animal Kingdom is known for many wonderful additions to the Disney Park experience, but one of the weaker presences is definitely DinoLand USA. While the Dinosaur! ride is certainly an intense attraction, the glorified carnival that was Dino-Rama stuck out like a sore thumb. However, one of the area’s stand-out features was the inclusion of Meet and Greets with Scrooge and Launchpad from the beloved DuckTales animated series. With the area’s closure to make room for a supposed Zootopia-themed area, it might be in the realm of possibility that the pair are getting a new home at EPCOT to celebrate the inclusion of the new interactive feature.

EPCOT has a history of playing host to some essential Meet and Greets. Mickey, Goofy, Pluto, Pooh Bear, and many more can all be found across the property, and the DuckTales crew would be more than a welcome addition. Not only that, but the theming surrounding both the characters and their beloved show fits perfectly with the World Showcase experience.

Since the characters practically visit a different country in almost every episode, a renowned adventurer like Scrooge McDuck would fit right in. Plus, Launchpad and his fan following would only suit to complement their addition to the Park’s already star-studded list of Meet and Greets. Although there’s no conformation at this time, the signs and opportunity are both certainly there. The DuckTales World Showcase Adventure is set to open up at EPCOT this Friday, and it might not be the only new addition.

Do you think EPCOT is due for a new Meet and Greet? Tell us in the comments below!

Comments Off on Is EPCOT Getting a Special Attraction?