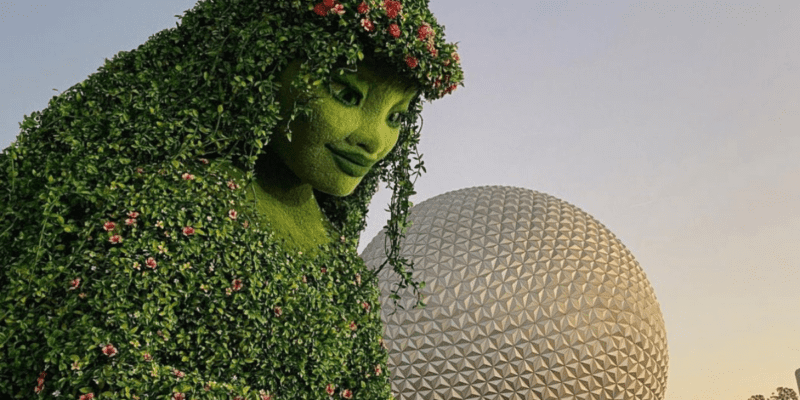 Fans have eagerly awaited the latest updates on the projects currently in development at Disney Parks around the world. From the World of Frozen at Hong Kong Disneyland to the controversial closure of Splash Mountain at Disneyland Resort and Walt Disney World Resort to make way for Princess Tiana, Prince Naveen, Louis, and Mama Odie, many breathtaking changes and upgrades are coming to Disney Parks worldwide.

Walt Disney World Resort will also be home to another long-awaited attraction. Inspired by Disney’s 2016 film Moana, Journey of Water is well underway at EPCOT, with Walt Disney Imagineers revealing an up-close look at all the fantastic details that Guests will be able to encounter at the attraction once it officially opens its doors.

To add to this excitement, Walt Disney Imagineering (@waltdisneyimagineering) posted a first look at the massive Te Fiti statue that will be the centerpiece of the attraction, overlooking the trail and giving a breathtaking new look at EPCOT’s iconic Spaceship Earth. The image was posted on Instagram with the following Caption:

“This morning, our project team at Journey of Water, Inspired by Moana welcomed Te Fiti at her position along the trail. This is a momentous milestone for the project team as we continue to bring this experience to life for EPCOT guests in Late 2023. Congratulations to the team of Imagineers and all of our partners that made this happen! Keep following along as we continue to share updates from Journey of Water as part of the World Nature neighborhood of EPCOT.”

The highly detailed 16-foot statue of Te Fiti from Disney’s Moana was first announced during the Disney D23 Expo, which took place earlier this year in Anaheim, California. The scale model showcased during the Expo stated, “Te Fiti represents life and the balance of nature. She will be seen protecting water as it voyages around the water cycle.”

Journey of Water, Inspired by Moana, is scheduled to open at EPCOT in late 2023, although Disney officials have not shared an official date yet. Inside the Magic will keep you updated as more information becomes available.

Are you excited about Journey of Water, Inspired by Moana, coming to EPCOT? Will you visit the Park soon to look at Te Fiti? Let us know in the comments below!