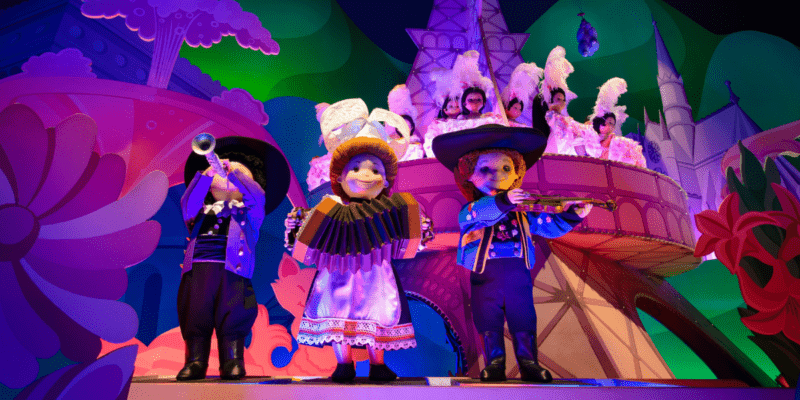 An iconic Disney ride is finally reopening its doors after over a year of closure, welcoming Guests to the beloved attraction soon.

Disney fans will soon be able to sail across the world aboard the “happiest cruise that ever sailed,” as the beloved attraction “it’s a small world” will finally reopen its doors at Disneyland Paris after a lengthy closure.

The iconic Disney ride has been unavailable since November 29, 2021, when it shut down for an extensive refurbishment. While Guests visiting Disneyland Paris have noticed significant progress at the beloved attraction, Disney had not shared any official information on its long-awaited return. That is, until now.

After over a year of closure, Disney has finally revealed a reopening window for “it’s a small world” at Disneyland Paris. Per Disneyland Paris News, the classic Disney ride will reopen its doors this spring!

The site states, “After being closed for refurbishment, the happiest cruise that ever sailed will finally reopen in the Spring of 2023 to enchant Disneyland Paris guests. Nestled in the heart of Fantasyland since the Park’s opening in 1992, this can’t-miss family attraction will invite guests of all ages to go on a wonderful journey around the world to one of the most iconic Disney Parks’ songs.”

The beloved attraction has captivated millions of Guests for almost 60 years, featuring hundreds of Audio-Animatronics wearing national costumes and singing the emotion-filled song “it’s a small world” to celebrate global unity. The extensive refurbishment contributed to reviving the highly colorful appearance of its outdoor façade and allowed for several technical upgrades, per Disney.

One of the most notable upgrades coming to the attraction will be the addition of brand-new dolls in wheelchairs, further celebrating inclusion and unity in the classic Disney attraction. These dolls first made their appearance at Disneyland Resort when “it’s a small world” reopened at the California theme park with its seasonal overlay. Disney then announced that these new dolls would soon make their way to Walt Disney World Resort and Disneyland Paris as well.

While Disney did not disclose an official reopening date, hearing that the attraction will soon be available again sure is exciting for thousands of fans eager to visit Disneyland Paris and set sail as “it’s a small world” reopens its doors.

If you have never been on this iconic ride, Disneyland Paris describes “it’s a small world” as:

Are you excited about “it’s a small world” returning to Disneyland Paris? Did you miss the iconic Disney ride? Let us know in the comments below!