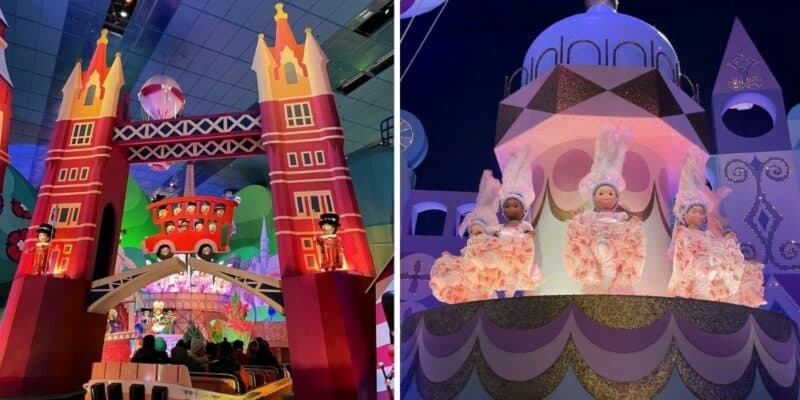 When Guests visit Disney, they often have a set of attractions that they cannot wait to ride. Whether you have been to the Park before, or you like to watch videos on YouTube to get acquainted with what is around, it is easy to pick a few attractions out that have your interest piqued.

Typically, Guests are able to ride whatever attraction their heart desires, but at times, they may experience an attraction closure or refurbishment. If an attraction has a maintenance issue during the day, it will close inexpertly. Although this may seem as a nuisance for some Guests, the attraction typically is up and running shortly after. Refurbishments, on the other hand, are scheduled closures that guarantee that you will not be able to ride during a certain amount of time.

At Disneyland Paris, “it’s a small world” will be closing on November 29th without any reopening date announced. At the moment, the attraction closure calendar for Disneyland Park and Walt Disney Studios does not show the schedule past the end of the year, so for now, we only know that it will for sure be closed through the month of December.

DLP Report (@DLPReport) took to Twitter to remind Guests that tomorrow is the last time that they can enjoy the attraction for the next while.

Reminder: tomorrow is the last day to take a cruise on “it’s a small world” for a while

Reminder: tomorrow is the last day to take a cruise on “it’s a small world” for a while 👋🏻 pic.twitter.com/GJOVLCqtny

Disneyland Paris will have a few more closures which you can see listed below!

Stay tuned to Inside the Magic as we continue to wait for a reopening date to be announced!

Is there another Disney Park attraction you would like to see changed?