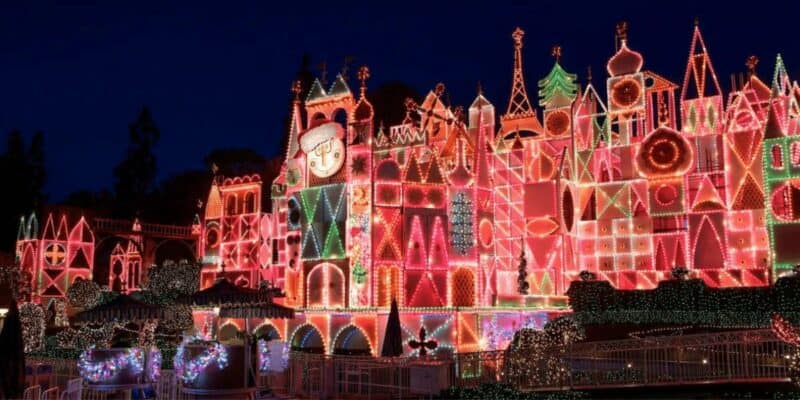 The classic ride will be returning soon.

While many fans visit Disney Parks in California and Orlando to experience some of the timeless classic attractions that helped shape the beloved Parks, like Peter Pan’s Flight, Pirates of the Caribbean and The Haunted Mansion, there may not be a more infamous ride in the Disney Parks than “it’s a small world.”

The ride is a classic, whether you like it or not. Even if you have never been to Disney, you know the song. However, you may not know that the Disneyland version actually gets a holiday makeover. This, unfortunately means the ride has to experience downtime so that Disney can update the decorations in time for the season.

The holiday version of the attraction will run until January 8, 2023. This means that from January 9 through January 20, the ride will be unavailable. Disney states the following on its website:

“it’s a small world” at Disneyland

During your cruise, keep an eye out for Peter Pan and Tinker Bell in England, Cinderella in her native France, Pinocchio and Jiminy Cricket in Italy, Aladdin and Jasmine in the Middle East, The Three Caballeros in Mexico, Ariel and Flounder under the sea, Lilo and Stitch in the South Pacific and Woody, Bullseye and Jessie in the southwestern U.S.A.

What do you think of “it’s a small world”? Do you love it? Do you hate it?