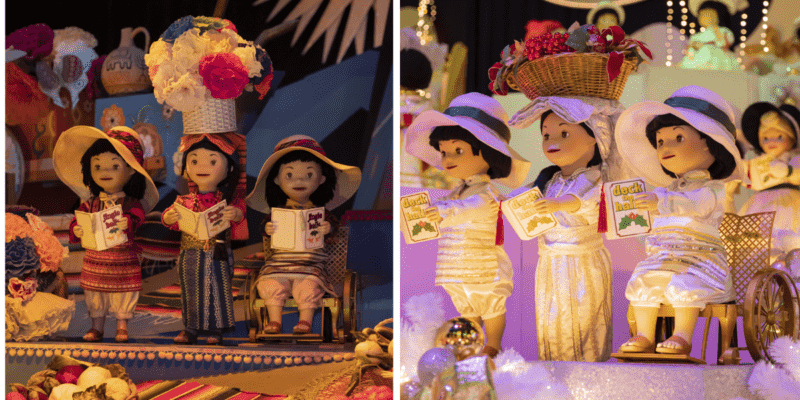 We’ve spent the past few months reporting on disrepair at “it’s a small world” in Disneyland Park. Some dolls have come up missing, while others suffer in disrepair.

Related: A New Trend After All, ANOTHER Guest Sticks Bare Foot In Ride Water

Today, we’re excited to share some heartwarming news about the classic boat cruise. According to CNN’s Natasha Chen, two brand-new dolls have been added to the beloved Disney Park ride. In a fantastic move for disability representation, both dolls are in wheelchairs:

.@Disneyland unveiled two brand new dolls *in wheelchairs* this morning at “It’s a Small World”! Similar additions anticipated at WDW and DLP next year. Photos here sent to me by #Disneyland. Writing up this story soon.

.@Disneyland unveiled two brand new dolls *in wheelchairs* this morning at "It's a Small World"! Similar additions anticipated at WDW and DLP next year. Photos here sent to me by #Disneyland. Writing up this story soon. pic.twitter.com/g5YqdF9XRt

Disney provided two stunning photos of the dolls and promised they would come to “it’s a small world” in Magic Kingdom at Walt Disney World Resort and Disneyland Paris next year.

More on “it’s a small world” at Disneyland Park

“it’s a small world” is an important part of Disney Parks’ history as one of the few remaining attractions created when Walt Disney was alive. From Disneyland Resort:

Are you excited about the additions to “it’s a small world?”