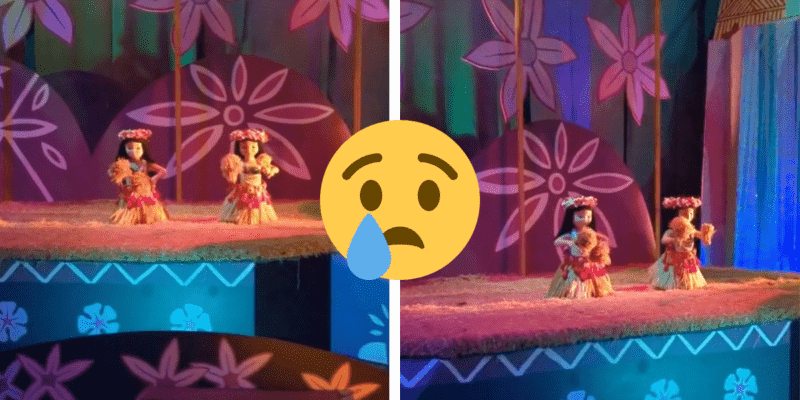 Last month, we reported that many Hawaiian Hula audio-animatronics on “it’s a small world” at Walt Disney World Resort are broken or missing. Now, it seems Disneyland Resort is experiencing similar issues.

Disneyland Hula girls in “its a small world”. Update 7!!! Saturday, September 3rd, 2022 Hula girl 1: No new hire yet. How hard is it to hire a new dancer? Hula girl 2: New hire no longer “new”. In fact, she got let go for being too apprehensive. Hula girl 3: After getting yelled at by 4, #3 doesn’t care anymore and stopped trying. Hula girl 4: Hula girl of the year candidate. . . . . . #disney #waltdisney #disneyparks #disneyland #itsasmallworld #hulagirls #hulagirl #werkit #workit #newgirl #fyp #foryou #foryoupage #foryourpage

Two animatronic Hula dancers are missing, one is motionless, and one is dancing as intended. Disneyland Resort hasn’t announced plans to refurbish “it’s a small world” or repair broken animatronics.