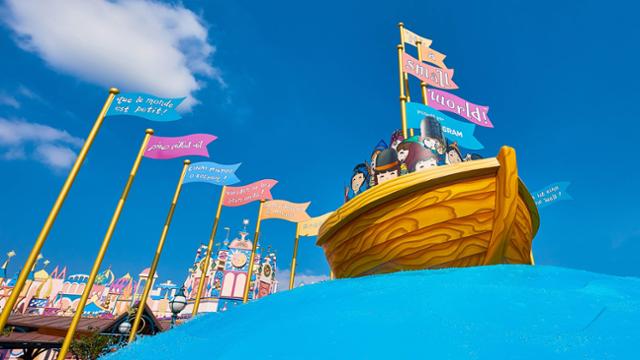 Guests have seen significant progress being made at a beloved Disney attraction during an extensive refurbishment.

Guests visiting Disneyland Paris have shared several images of the progress at the classic attraction “it’s a small world,” which has been closed for an extensive refurbishment since late 2021. While it may be upsetting to miss the chance to experience this beloved classic during your visit to the Parisian Park, Guests think that the beautiful exterior that has recently been revealed makes this lengthy closure well worth the wait.

Disney Cave 0f Wonders (@Cave0fWonders) posted a photo a few days ago of some scaffolding and structures being removed from the attraction’s facade.

The “It’s a Small World” attraction is revealed a bit! The colors are beautiful

While the attraction’s refurbishment continues to show constant progress, Disneyland Paris has not released an official reopening date for “it’s a small world.”

As of the publication of this article, the official Disneyland Paris website shows “it’s a small world” in the list of closed attractions through September 29, the site’s calendar’s latest date.

However, Disney could update this information soon. We strongly advise our readers to check the official Disneyland Paris website for the latest information while planning their trip.

Inside the Magic will update you as we get more information surrounding the “it’s a small world” refurbishment.

If you have never been on this iconic ride, Disneyland Paris describes “it’s a small world” as:

Will you visit Disneyland Paris soon? Let us know in the comments below!