Guests Notice Something Major Is Missing From Disney's Fantasmic! - Inside the Magic 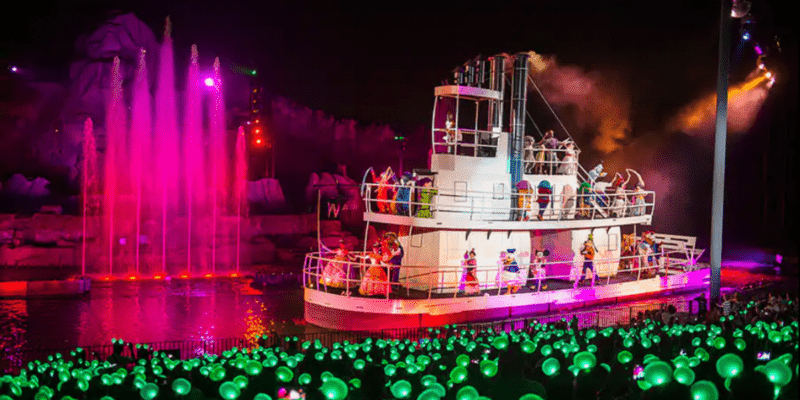 Fantasmic! is an entrancing show with pyrotechnics, stunts, and legendary music, found at both Disneyland and Disney’s Hollywood Studios at Disney World. Guests were thrilled when it returned to Hollywood Studios earlier this month.

However, this show doesn’t always run as smoothly as it is supposed to, as in the case of a recent show at Disney World.

TikTok user @akdirossi posted a video of this Fantasmic! showing, in which the well-known steamboat that typically comes out toward the end of the show was nowhere to be seen:

However, this is not the first time that a boat-related Fantasmic! incident has happened, as we shared another similar experience a few weeks ago.

Though it was unclear why the boat never came out, several of the commenters on this TikTok came up with some potential explanations for what could have happened to both the boat and the characters that were supposed to be on it.

As user @despalighto put it:

Must have been something super last minute. Usually if boat broken they’re on the stage

The original poster had responded to a few of these similar comments:

To my understanding when the boat breaks they send the characters on stage, but that didn’t happen either 😅

Commenters responded to this observation as well, saying that the characters only use the stage if they know the boat is not working ahead of time. If the boat doesn’t work during the show, there is no time to switch. Others stated that the characters could have been on the boat already and weren’t able to get to the stage.

Here is more on Fantasmic!, per Disney:

Have you seen the new Fantasmic! shows? Were there any hiccups when you were there? Tell us your experience in the comments!

Comments Off on Guests Notice Something Major Is Missing From Disney’s Fantasmic!