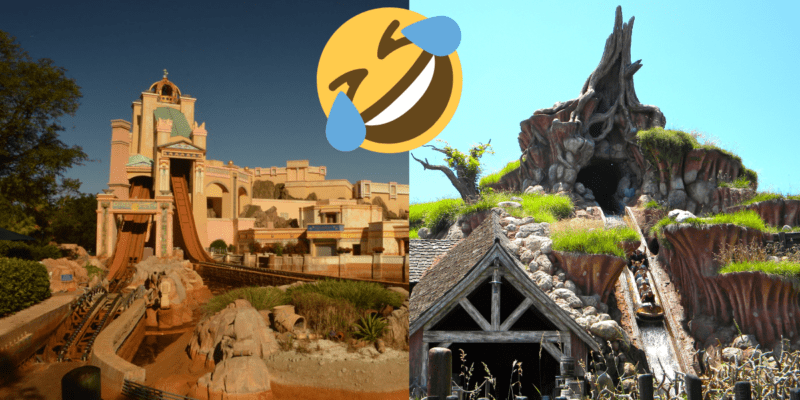 One popular Orlando Theme Park made their presence known earlier today after the Disney Adult community seemingly put every other Amusement Park off its radars this past weekend.

The Florida Theme Park industry is home to some of America’s most popular amusement parks, from Disney World and Universal Orlando Resort to SeaWorld and Busch Gardens. Each has iconic attractions, fun and thrilling experiences, exciting entertainment offerings, and much more. And the competition between the Parks is fierce. So, when attention from one Park operator is grabbed, competitors must stay engaged and remind Guests that there are other options.

Although quite a few projects are being built and getting their debut in 2023 at Walt Disney World, few things have been more talked about in the Disney community than the upcoming retheming of Splash Mountain. Sure, TRON Lightcycle/Run is a super exciting new addition to Magic Kingdom, and the ongoing construction at EPCOT is certainly, interesting. Still, the thought of Splash Mountain closing for good is something many Guests truly can’t process.

The banter and bickering between factions couldn’t have been more apparent and certainly didn’t go unnoticed. In fact, one popular Disney competitor decided to weigh in on the conversation to make their voice heard and poke fun at the situation.

SeaWorld Orlando took to Twitter with their response below:

Splashing by to wish you a happy Monday!

Splashing by to wish you a happy Monday! pic.twitter.com/gFIgnBcdYi

Not only did SeaWorld make the tweet featured above, but the account and social media team were very responsive to comments from its followers.

Although Orlando’s most popular water drop flume ride is now closed, other options are available within a few minutes of Walt Disney World.

Did you get to ride Splash Mountain this past weekend?