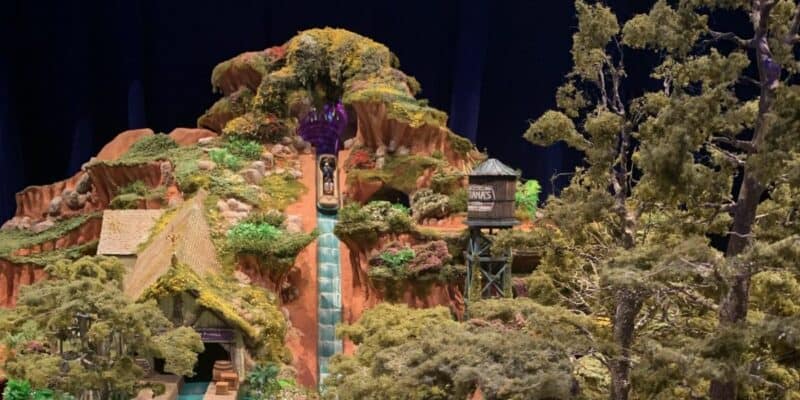 Well, the time has come to say goodbye to one of Disney’s most beloved and iconic attractions ever made. Today, January 23, 2023, marks the official closing date of Splash Mountain at the Magic Kingdom in Walt Disney World.

The ride can be found at Disneyland, Walt Disney World, and Tokyo Disneyland, with the first version opening in Frontierland at the Magic Kingdom in October 1992.

As we say goodbye to this important part of Disney Parks history, we will also be looking hard to the future of Magic Kingdom.

At the time of publishing this article, Disney has not set a closing date for Splash Mountain at Disneyland. At Tokyo Disneyland, Splash Mountain is expected to operate for the foreseeable future. Of course, this closure will allow for a brand-new experience to take shape.

Inspired by Disney’s smash hit from 2009, The Princess and the Frog, Guests will now embark on a story following Tiana and the rest of the crew from the film. The ride will be called Tiana’s Bayou Adventure, but not much is known about what the attraction will look like on the inside. As you can see above, the new exterior will feature a water tower as well as some new foliage.

Eagle-eyed Guests will notice the iconic tree at the top of “Chickapin Hill” is removed from the concept model.

The closure of Splash Mountain has been controversial, to say the least, with Guests and fans alike crying out ever since this reimagining was first announced.

Some fans were so upset that they started a petition which reached nearly 100,000 signatures. Tiana’s Bayou Adventure is set to open sometime in 2024.

Of course, Guests can still have fun with all there is to enjoy at the Magic Kingdom, like Haunted Mansion, Pirates of the Caribbean, and, of course, Space Mountain. Or Guests can head over to one of the other three Parks, EPCOT, Hollywood Studios, or Animal Kingdom, for some wild adventures.

Tiana’s Bayou Adventure is not the only new attraction that Magic Kingdom will be getting.

Disney’s newest roller coaster, TRON Lightcycle/Run, is set to open in April. A copy of the version in Shanghai Disney, Guests will fly through the neon-soaked Grid at high speeds as they straddle their very own Lightcycle.

For those who love everything Star Wars, you’ll want to make sure you don’t miss out on Galaxy’s Edge at Disney’s Hollywood Studios, Here, Guests can live out their very own Star Wars adventure, taking part in exciting missions as well as enjoying some truly unique cuisine.

Does Splash Mountain’s closure make you happy or sad? Are you excited about Tiana’s Bayou Adventure?