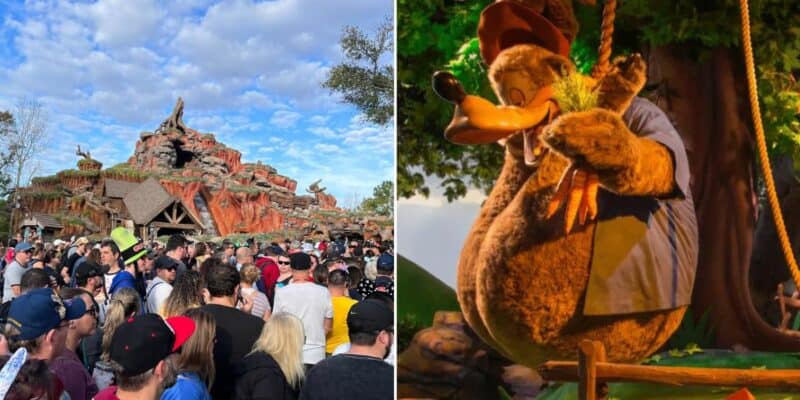 Although there are quite a few projects happening at Walt Disney World, few things have been more talked about in the Disney community than the upcoming retheming of Splash Mountain. Sure, TRON Lightcycle/Run is a super exciting new addition to Magic Kingdom, and the ongoing construction at EPCOT is certainly, interesting, but the thought of Splash Mountain closing for good is something many Guests truly can’t process.

Announced back in the Summer of 2020, this retheme will drop the original and somewhat “problematic” Song of the South (1946) theme and replace it with a brand new story based on Disney’s The Princess and the Frog from 2009. The ride will soon be called Tiana’s Bayou Adventure, and while Guests may feel sad about losing Splash mountain, we at Inside the Magic couldn’t be more excited.

While a closing date has yet to be announced for the version at Disneyland or Tokyo Disneyland, the version of Splash Mountain at Magic Kingdom in Walt Disney World is closing very, very soon. The official closing date is actually tomorrow, January 23, 2023, meaning today is the last day Guests have to experience this ride.

This new take on the ride will drop the problematic theming and feature an all-new story, though the details remain under wraps.

However, despite the problematic nature of the ride, Guests are pouring into the Park for one final ride. As you can see in the video down below, Guests are swarming Magic Kingdom:

They’re using the front of the attraction as an extended queue line before it goes down into Frontierland. #DisneyWorld #SplashMountain

💦 They’re using the front of the attraction as an extended queue line before it goes down into Frontierland. #DisneyWorld #SplashMountain pic.twitter.com/aVGQCAb0cs

Another video was shared of the crowds headed to the attraction:

I’ve never seen so many people make a mad dash to Splash before! This is INSANE! #SplashMountain

I’ve never seen so many people make a mad dash to Splash before! This is INSANE! #SplashMountain pic.twitter.com/pgEGuQ9lZS

At the time of publishing this article, Splash Mountain has a 200-minute wait, proving that it’s just as popular as ever. Tiana’s Bayou Adventure is set to open sometime in 2024.

Are you sad about Splash Mountain closing for good? What’s your favorite ride at Magic Kingdom?