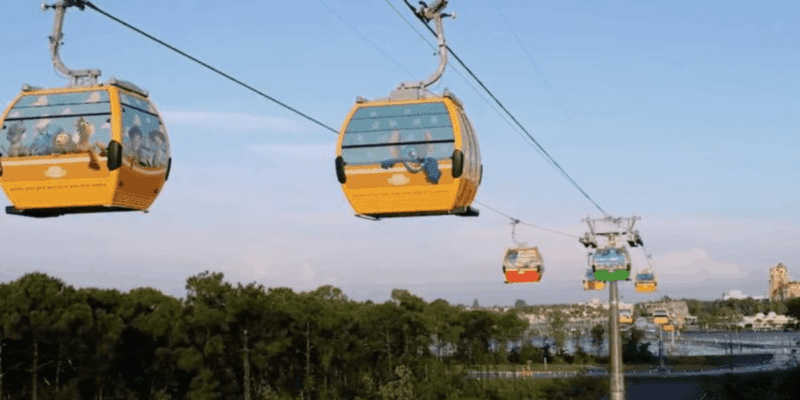 For decades, Walt Disney World Guests were able to traverse “The Most Magical Place on Earth” in many ways, including Disney’s bus and Monorail services as well as their own cars.

But Disney introduced the Skyliner, a fantastic new way to get around the Resort, a few years ago, and we can’t imagine the Resort without it!

Unfortunately, Disney’s Skyliner service is now temporarily closed for an annual refurbishment. Disney’s Skyliner will be offline from January 22 through January 29, 2023. Of course, Guests can still utilize all the other methods of transportation at Walt Disney World.

Disney’s Skyliner made headlines recently after an unruly Guest decided to pull up their shirt and expose her breasts to other Guests on gondolas as they passed by. The video went viral on platforms like TikTok.

The Skyliner officially opened back in 2019 and completely changed the Walt Disney World Resort when it opened. Now, Guests have an incredibly quick way to get from their hotels as well as EPCOT and Disney’s Hollywood Studios.

Have you used the Skyliner at Walt Disney World? Do you enjoy it more than using buses or the Monorail?