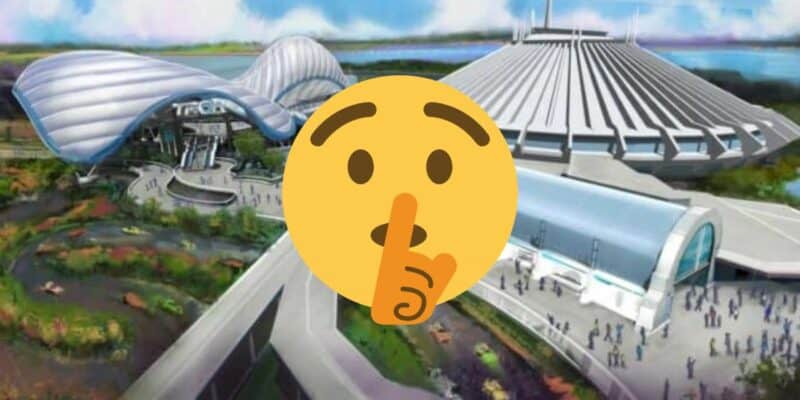 Magic Kingdom houses multiple lands, ranging from the western-inspired Frontierland to the fantastical Fantasyland. But Tomorrowland is where Guests can go to get a taste of the future, the future that was dreamt of in the mid-2000s.

In Tomorrowland, you can take a ride on Space Mountain, hit up the Tomorrowland Transit Authority PeopleMover for a look at tomorrow’s future today, and take a “spin” on Walt Disney’s Carousel of Progress. While the land may look and feel dated, it’s still an incredible place to immerse yourself, especially at night.

However, Magic Kingdom’s Tomorrowland is about to get a big upgrade. Announced way back in 2017, Disney’s TRON Lightcycle Run is an exciting new coaster coming to the Walt Disney World Resort next year. The official date is still unknown, but Disney stated it would open in the Spring of 20203.

In recent months, we have seen the attraction testing on and off. With the ride being a copy of the one that opened in Shanghai Disneyland years prior, the prolonged construction and development of this ride are quite confusing. Of course, Disney was faced with unprecedented struggles due to the COVID-19 pandemic, but still, a ride taking nearly six whole years to develop (probably even more) is quite fascinating for a company such as Disney.]

However, the ride may actually be closer to opening than we thought, as shown in a newly-leaked video share online. Check the video out down below:

As you can see, the queue is already lit up and feature s abig screen at the center, showing off various characters from Disney’s TRON franchise. The queue is exactly like Shanghai’s version, also sharing an eerily-similar layout to Star Tours in Disneyland and Walt Disney World.

Are you looking forward to experiencing this new roller coaster at Disney?