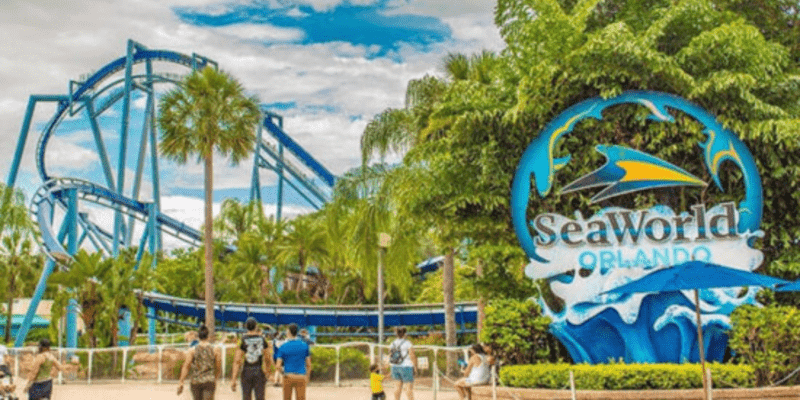 SeaWorld is back!  The Theme Park operator and entertainment company has seemingly righted the ship after a disastrous 2018 financial debacle.

Over the more significant part of a decade, SeaWorld Entertainment Inc. has sailed through some highly turbulent seas, swimming away from sharp criticism from animal rights activists, dealing with a global pandemic, and operating at a financial loss.

It all began when the controversial 2013 film “Blackfish” was released to the public and played a critical role in exposing how the captivity of orcas was a black eye for the company.  The film’s debut eventually caused former SeaWorld Chief Executive Officer Joel Manby to resign.

In 2017 matters got worse, as SeaWorld experienced an operating loss of more than $200 million.  Since that year, the company has made significant strides in improving its Guest experience for Theme Park visitors and increasing its bottom line earnings every year (with the 2020 pandemic year as an exception).

At one point, industry experts made the case that SeaWorld needed to change its entire strategy to steer clear of its issues. Now just five years removed from the company’s peak losses, SeaWorld Entertainment has found its magic potion. The company reported a record net income of $134.6 million for the third quarter, a $36.5 million improvement over the same period in 2019 (pre-pandemic).

Total revenue for the quarter eclipsed $565 million, a SeaWorld record. The revenue increase was mainly attributed to a significant increase in attendance, which topped 7 million Guests, and a new high mark in per capita per Guest spending of $77.

SeaWorld Theme Parks welcomed over 17 million visitors through its gates during the year’s first three quarters.  This has helped generate more than $1.34 billion in total revenues and a net income of $242.2 million.

Have you attended a SeaWorld Theme Park in the last few years?