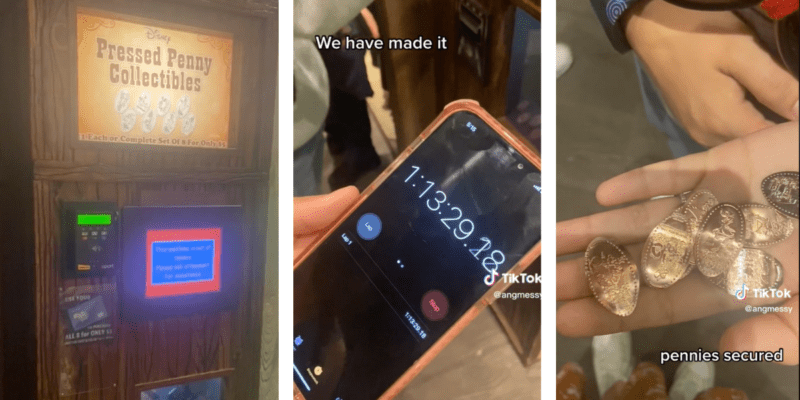 Splash Mountain riders took their last trip through the Briar Patch on Sunday when the ride permanently closed at Walt Disney World Resort. Despite a campaign to save the controversial Disney Park attraction, the ride will officially re-open as Tiana’s Bayou Adventure in 2024 at both Magic Kingdom and Disneyland Park. (Splash Mountain is still operating at Disneyland Resort.)

The ride caused somewhat of a culture war within the Disney Parks fan community. While many retained nostalgia for the decades-old water ride, others dove into the racist history behind its film inspiration, Song of the South (1946). Fans of Princess and the Frog (2009) are already sharing their excitement for Princess Tiana to make her attraction debut on social media.

As Splash Mountain saw record-long wait times on its final day, devoted fans waited in line for one of the few remaining souvenirs featuring Br’er Rabbit, Br’er Fox, Br’er Bear, and other Splash Mountain icons. TikToker @angmessy shared their experience in a video:

Hundreds of Guests lined up to make Splash Mountain pressed pennies until the machine broke. Luckily, Magic Kingdom maintenance Cast Members were at the ready and promptly refilled the machine.

In the end, the Guest said they waited nearly two hours for the Splash Mountain pressed pennies. Though their timer only reached an hour and 13 minutes, they started it after waiting about 40 minutes.

Other Guests reported similar experiences. “I’m literally standing in the line right now. I’ve been here for 2 hours & we still aren’t at the machine yet,” said @amy.e.i.

Many commenters attributed the crowd to resellers, an unpopular facet of the Disney Parks fan community. Merchandise for closed, popular rides can bring in a pretty penny (pun intended!). Some eBay sellers also sold twigs, leaves, and water from Splash Mountain’s final day for hundreds to thousands of dollars.

Would you wait in a two-hour line for Splash Mountain pressed pennies?