Splash Mountain Closes Today. Here’s Why it Should Have Happened Sooner. - Inside the Magic 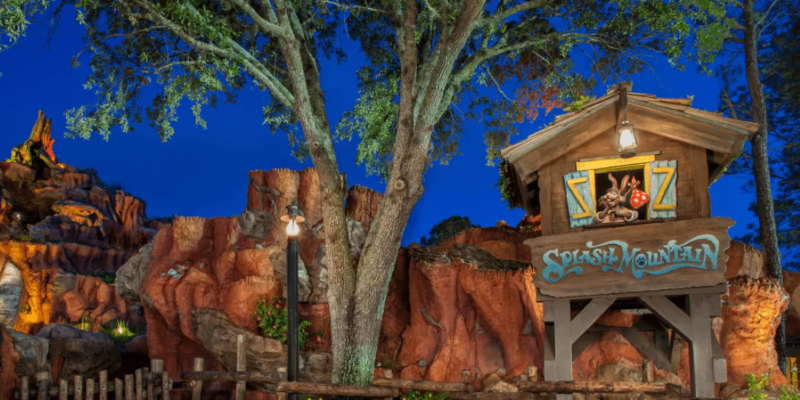 Thousands of Guests flocked to Walt Disney World Resort on Sunday to ride Splash Mountain for the last time. Wait times reached over 200 minutes, breaking a record for the Magic Kingdom log flume ride. Disneyland Resort’s Splash Mountain will also close to make way for Tiana’s Bayou Adventure, a Princess and the Frog (2009) retheme, though a date hasn’t been announced.

While many fans mourned Frontierland’s only water ride, activists are happy to see it go. While the ride seems innocuous, it’s based on an objectively racist film, Song of the South (1946). The movie is so problematic that while The Walt Disney Company streams films containing offensive content on Disney Plus with a cultural sensitivity warning, such as Peter Pan (1953)and Dumbo (1941), it refuses to offer legal means to view Song of the South.

Some Splash Mountain fanatics will point to modern-day “woke” ideology that led to the ride’s “cancellation.” But activist groups like the NAACP protested Song of the South upon its release in 1946 – the film presents an idealized version of post-Civil War era life for Black Americans. Additionally, while #SaveSplashMountain campaigners will point to the honorary Oscar awarded to James Baskett (Uncle Remus), the African-American actor wasn’t allowed to enter the film’s premiere or Academy Award ceremony due to racial segregation laws at the time.

Uncle Remus presents a sanitized, white-washed version of the Jim Crow-era South. Black Americans, though recently freed of slavery, were subjected to racist laws, violence, and underpaid labor. Song of the South does not mention this.

But wait, there’s more! The animated animals in Song of the South who make up Splash Mountain’s storyline – Br’er Fox, Br’er Rabbit, Br’er Bear – speak with painfully stereotypical dialect. According to author Ken Emerson, the ride’s iconic song, “Zip-a-Dee-Doo-Dah,” is likely based on a Civil War song called “Zip Coon,” which used racist African-American stereotypes. The song is questionable enough that Tokyo Disneyland,  the only Disney Park not retheming Splash Mountain, removed it from its music loop.

Despite petitions and social media movements, Splash Mountain is changing. Princess Tiana is on her way – and she brings progress with her, as a heartwarming story featuring a fairly-represented Black woman from New Orleans takes over a Disney Parks ride based on an unspeakably racist film.

Here’s Walt Disney World Resort’s official description of the ride, which closes for good on January 23: